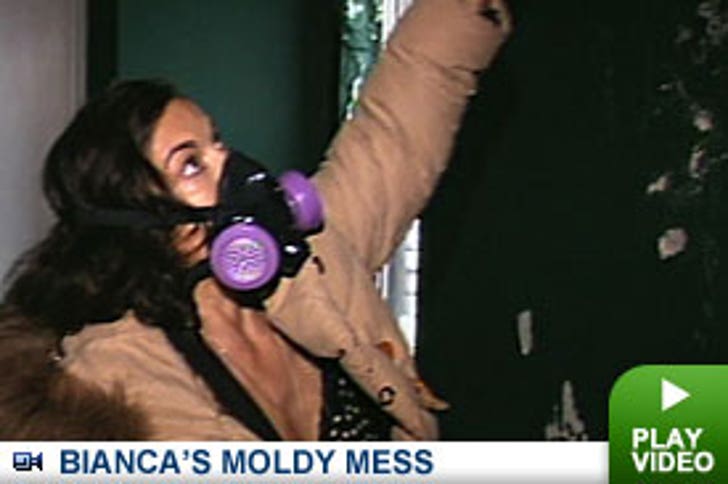 Bianca Jagger, the ex-wife of Rolling Stone frontman Mick Jagger, has been ordered to pay a $500 fine by a Manhattan judge for failing to pay the rent on her Park Avenue apartment, which Jagger claims is infested with a toxic mold and has become unlivable. Jagger hasn't paid the $4,600-per-month rent since February.

The human-rights activist and former Studio 54 diva has become something of an anti-toxic-mold activist in New York since 2001, when, she says, the problem began. Bacteria found in the apartment, located at 530 Park Avenue, has included Aspergillus and even Stachybotrys chartarum, also known as "black mold." Jagger filed a $20 million suit against the building's landlord in 2003, and has claimed that all her mementos and archives from her activist work have become completely contaminated, and has complained of significant health issues stemming from the mold as well.

The judge told Jagger today that if she didn't pay the rent on the first of every month, her landlord could potentially have her evicted. Lawyers for both sides didn't comment.