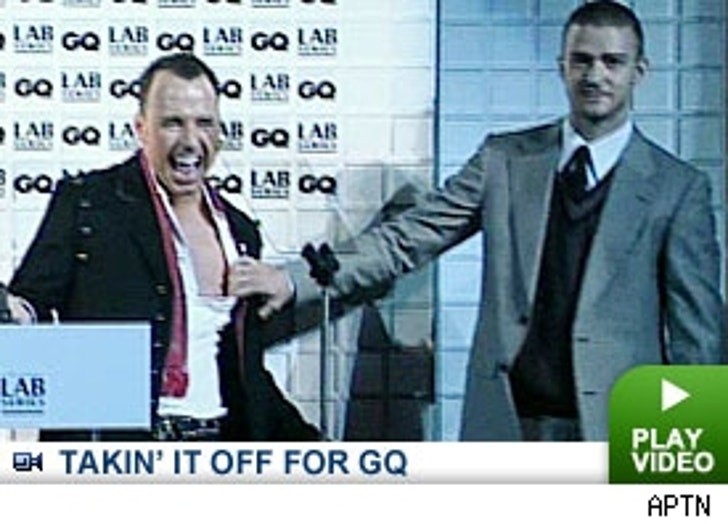 What would you do after being named International Man of the Year? For Justin Timberlake, the answer was to make a move for David Furnish's nipple.

After Kelly Osbourne and Furnish read Timberlake's name, the "SexyBack" singer tried to reenact the now famous "wardrobe malfunction" with Elton John's husband. During his acceptance speech JT said, "Wow, I'm extremely sick. Either that or I've just hit puberty, so congratulations to me."

Another memorable speech was made by Borat (played by Sacha Baron Cohen). Borat was sad his favorite Aussie couldn't be in attendance, saying "I speak with a heavy heart because there is one very special courageous man from Australia who should be here tonight, but because of tragedy cannot. I would like to dedicate this award to you Mel Gibson."