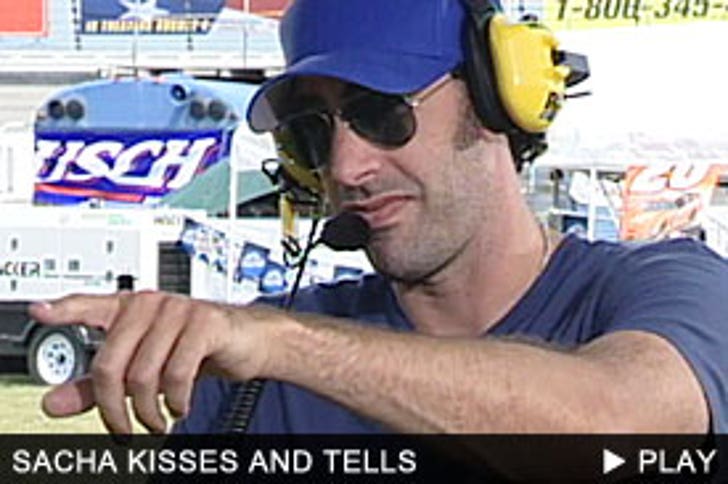 "Within two minutes Will Ferrell has his tongue stuck halfway down my throat," says "Da Ali G Show" star Sacha Baron Cohen about his first day of shooting for "Talladega Nights."

The film, which stars Cohen as a gay French race car driver, has many scenes of improvisation. Cohen joked that Ferrell's come-ons didn't end on set, saying, "Later on that night I get a knock on the door, I hear the words 'Room service,' open it up it's Will Ferrell, stinking of booze, only with his underpants on."

Sacha, whose fianceé is "Wedding Crashers" scene-stealer Isla Fisher, says his first same-sex lip-lock took place during the filming of this movie and that he prefers Andy Richter's lips to those of Ferrell. "If you close your eyes you can imagine that he's a woman 'cause he's got quite a good chest on him and not much down below," says Cohen of Richter.

"Talladega Nights: The Ballad of Ricky Bobby" opens this Friday.