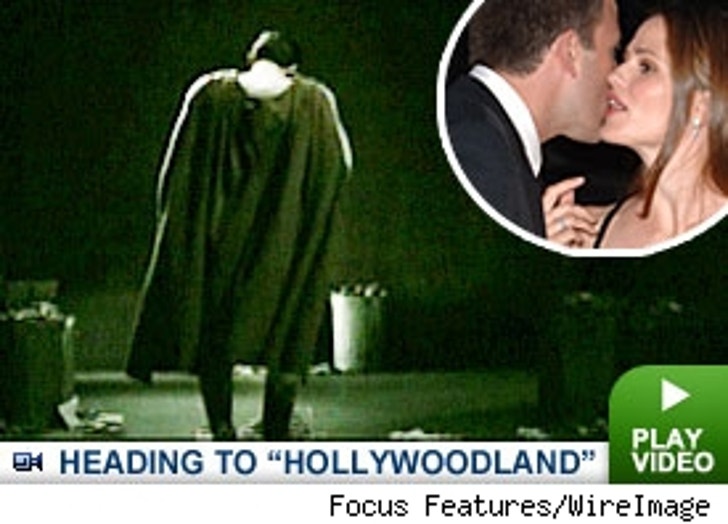 Ben Affleck and Jennifer Garner made a rare public appearance together at the premiere of Ben's new movie, "Hollywoodland." Though the two arrived as a couple, Garner made a bee line for the theater while her hubby walked the press line.

The new film centers around George Reeves, the man who played the original Superman in the 1950s TV series, and his mysterious suicide. "He's got a warmth that you can't really fake," says Affleck of the late Reeves, "it made the story to me all that much more tragic - that here was a guy who spent a lot of time trying to make everybody else happy and, in fact, was quite unhappy himself."

Diane Lane, who's also in the film, says there's a good reason for the speculation about his suicide, "I don't think anybody wants to believe that George Reeves killed himself, especially me. I was a big fan, I still am a big fan, he's my favorite Superman. There can be only one, and it's George."