If you think that the slew of recent public appearances by Tom Cruise and Katie Holmes are just a coincidence, think again: Sources tell TMZ that this week is just the beginning of a carefully crafted, all-out image-remaking offensive that the couple has launched, culminating in a long-delayed wedding. But powerful Hollywood bigwigs tell TMZ it's not going to work with them.

The TomKat PR machine has been in fullest attack mode all week, and the latest charge came when Katie and Tom did lunch with the mothers TomKat for the second time this week at the Beverly Hills Hotel. The supposedly feuding families looked notably chummy and happy for the photographers. And in just one week, the couple have managed to use the top-rated newscast and late-night show as well as the most visible hotel and restaurant in Hollywood to attempt a complete image overhaul, not to mention a 22-page spread in Vanity Fair.

But TMZ is told that Cruise has mouthed off to various Hollywood bigwigs at various venues, including dinners at restaurants, about the evils of certain drugs, knowing that family members of these bigwigs are taking them. They are outraged, and don't believe the new, softer side of Tom for a minute. 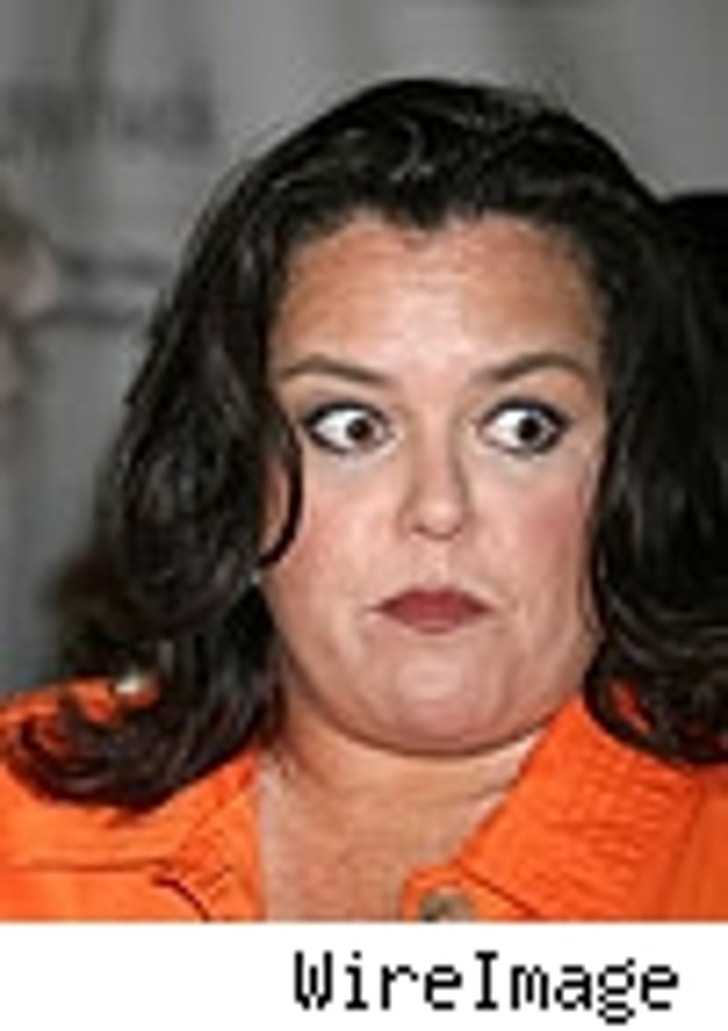 Just one week after its return to air, there are real problems on "The View," and the situation is already so bad that the real question is: Will Rosie O'Donnell last through even one season?

Sources tell TMZ that Rosie has not been received kindly by her co-hosts, and that Elisabeth Hasselbeck in particular has been openly hostile to her. What's more, O'Donnell – famously dubbed the "Queen of Nice" in her first talk-show-host incarnation – has had significant issues with the production of the show and with the schedule. In fact, on her very first day, after the entire studio audience was given a two-day cruise, O'Donnell complained on-air about that confetti didn't drop on cue from the ceiling to shower the audience, that the promo was an unusually long one, and that a two-day cruise seemed somewhat skimpy, whether or not it was a giveaway.

Rosie's rep Cindi Berger told TMZ, "None of that is true. Everyone gets along great. Elisabeth is planning to go up to Rosie's house with her baby Grace." Rosie, as she promised Barbara Walters, has not been blogging about the show on rosie.com. A publicist for "The View" did not respond to a request for comment. 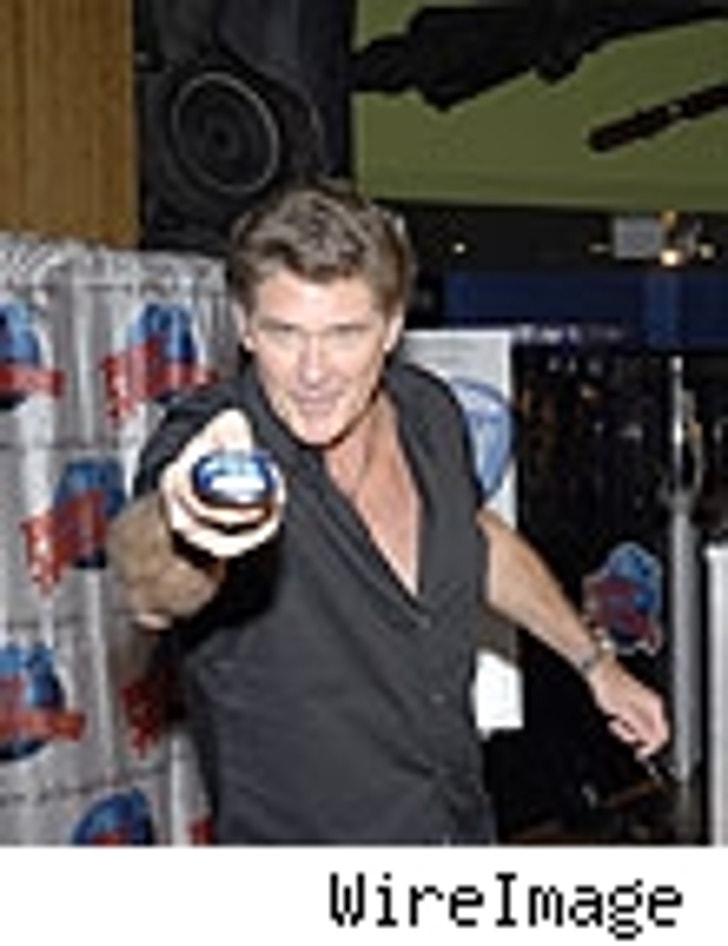 THE HOFF SOUNDS OFF

He doesn't hold back, does Mr. Hasselhoff. In an interview with People magazine this week, David Hasselhoff admits to using Botox, but says he's going to wait a while until he gets more, adds that Princess Diana was "smitten" with him, and knows what he wants his gravestone to read.

The ex-"Baywatch"-er admits to having a little work done on his 54-year-old face: "I have had Botox, everyone has. It's a shot. It takes out the frown." And he suggests that a certain Hollywood legend has, too: "I like Clint Eastwood, he waited until he was 75. He looks damn good." As for Diana, it seems that the Hoff's mile-high height created "sparks" when they met: "She was smitten with me since I am so tall. I was smitten with her since she was so tall." Right.

When all's said and done, however, Hasselhoff will have a curious message for everyone to read at his gravesite: "Hoff and Running." And that's that. 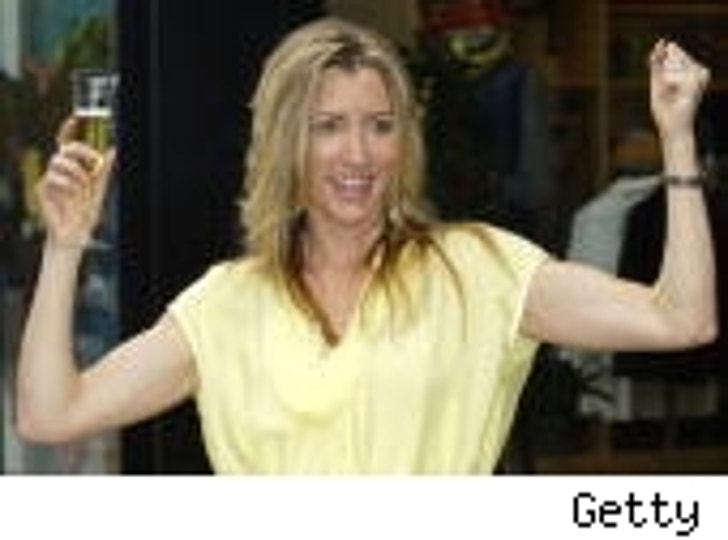 HEATHER'S FIRST HUBBY: "WE HAVE BOTH BEEN HEATHERED"

Heather Mills -- currently in divorce proceedings with her estranged husband, Paul McCartney -- isn't getting much in the way of support from her first husband, Alfie Kamal. In fact, he's sympathizing with Sir Paul. "We have both been Heathered," says Kamal to the London Evening Standard, via Page Six. "If she took out of the marriage what she put in, she would walk out with minus a million bucks." Kamal was married to Mills in the late '80s. Employing a somewhat unfortunate simile in reference to Mills, who has one prosthetic leg, Kamal says, "She ran off lots of times. It was a bit like the Runaway Bride. I used to think she had a permanent pair of sneakers on under her shoes."

Meanwhile, The Donald -- who knows from divorce settlements -- says on his Trump University blog: "I know I sound like a broken record but ... get a prenup. Don't believe me? Ask Paul McCartney what he thinks. I know he wishes he had one." Mills could reportedly get as much as $400 million of Sir Paul's fortune in the divorce. 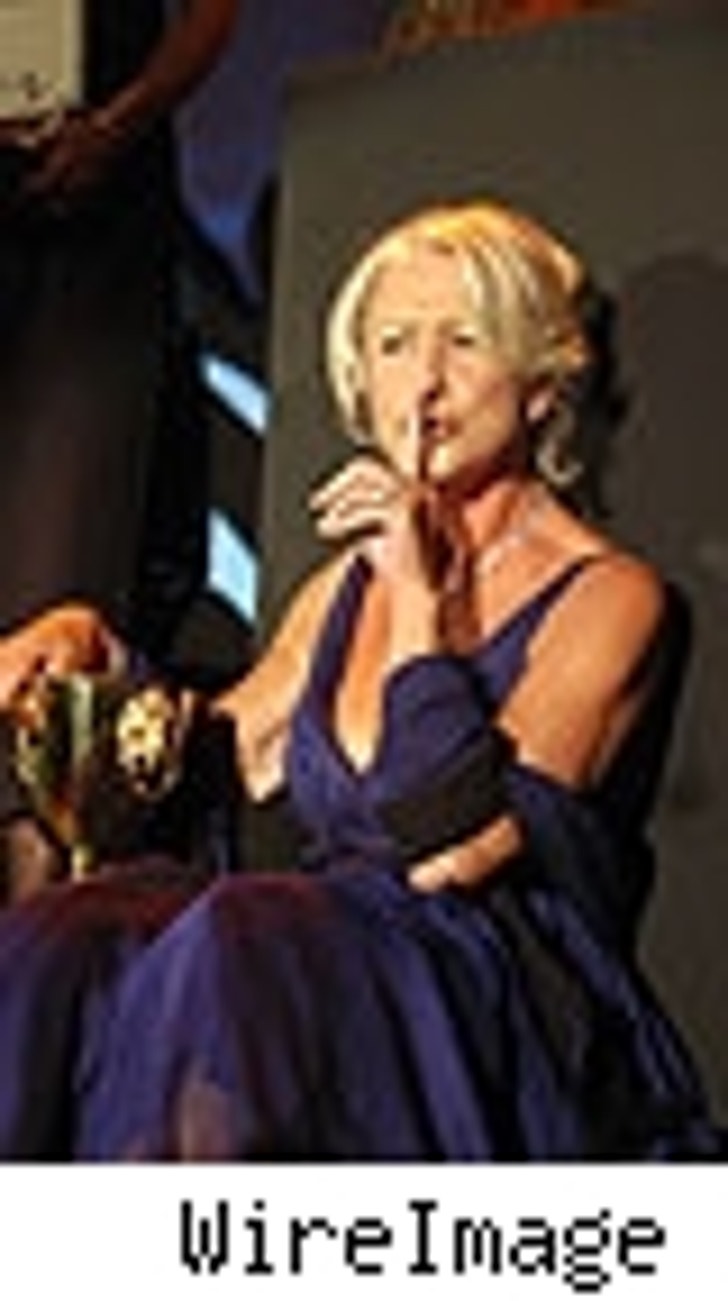 Ben Affleck and Helen Mirren won the top acting prizes at the Venice Film Festival for their roles in "Hollywoodland" and "The Queen," respectively. The former was a surprise to critics and observers, though Mirren was widely praised for her work. The top prize -- The Golden Lion -- went to a Chinese film, "Still Life," that few critics had even seen ... "Pirates of the Caribbean: Dead Man's Chest" became the third film ever to pass $1 billion at the worldwide box office, said Disney, trailing only "Titanic" and "Lord of the Rings: Return of the King." It has collected $1.003 billion in ticket sales as of Friday.