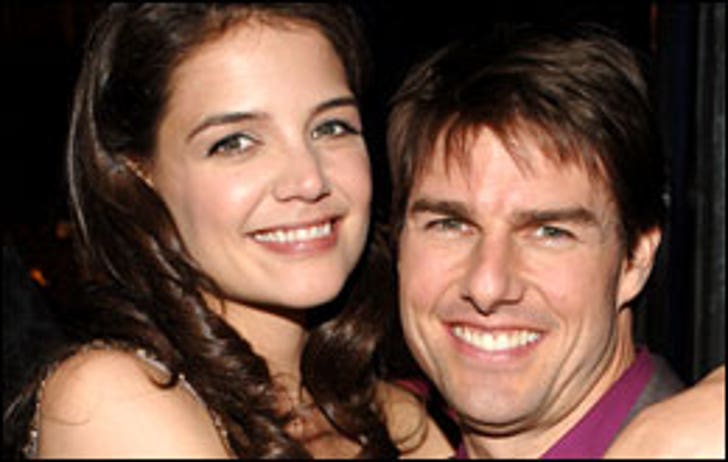 Since Tom Cruise's very public firing by Viacom head Sumner Redstone (which owns Paramount Pictures), he and Katie Holmes have put the PR machine into overdrive. TomKat have made getting back in the media's good graces and shedding their bizarre personas their mission impossible.

First, Tom makes a house call to Brooke Shields and apologizes for attacking her in the press last year for her use of antidepressants. Although Cruise still feels the same about the evils of prescription pills, his "heartfelt apology" is the first step in healing his career.

Next, Tom's paramour, Katie, er, Kate Holmes, tries to prove all is well in Cruise-dom by shopping and dining at trendy LA restaurant The Ivy on Tuesday with Katie's and Tom's mothers in tow. Coincidence? Not on your life! Everyone in the business knows going to The Ivy is the Hollywood equivalent of a Sears portrait studio.

Tuesday night, the "CBS Evening News" debuted the first image of the happy family on the cover of the new issue of Vanity Fair, which put to rest months of questions, rumors and conspiracy theories regarding the TomKitten's whereabouts.

While no one can predict what Tom's next highly calculated move will be, at this rate it won't be long before Matt Lauer receives a Cruise call.