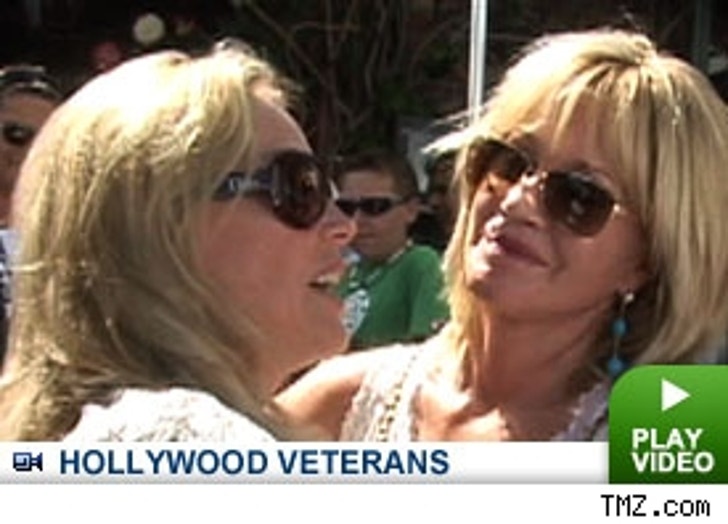 TMZ's cameras and our own Josh Levine were putting in overtime yesterday as they were all over the place catching all the action going down in Tinseltown.

Our first stop was the ever-so-popular lunch spot The Ivy, where we ran into a couple of A-list women. Melanie Griffith and Sharon Stone were spotted exiting the trendy joint, but not before stopping for what seemed to be an awkward moment, you be the judge. The two paparazzi veterans seem to know what they're doing when it comes to cameras pointed in their direction.

From there we made a quick stop by Koi, where we ran into Christina Milian. The sexy R&B star showed her love for TMZ by giving us a quick shoutout.

Our last stop (where else?) Sunset Blvd, where all the action goes down. Tuesday night looked like there was a parade going on. We saw tons of your favorite celebs making their way from Hollywood hotspot Hyde to the cross-the-street hotspot Privilege. Revelers included nightlife regulars like Kevin Connolly with girlfriend Nicky Hilton, "Laguna Beach" hottie Kristin Cavallari, party girl Tara Reid, Brandon Davis who had a few choice words for Kevin Federline ,and Brody Jenner who showed up with his mother and "Simple Life" star Nicole Richie.

All this and much more in this packed version of Star Catcher.