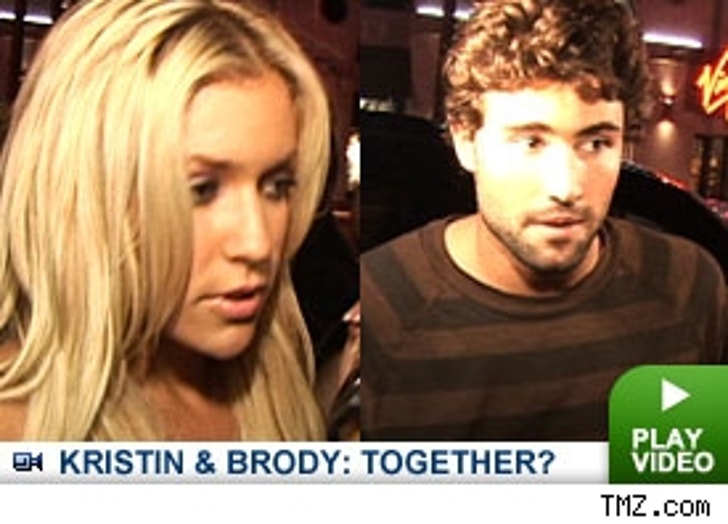 Following the Brody Jenner-Kristin Cavallari love saga has been tricky lately, but apparently their split wasn't too traumatic -- the two were spotted last night heading into Hyde together.

After Kristin made a quick dash through photogs and fans outside, Jenner walked up and was bombarded with questions about their relationship. Brody's response? "No, we're just friends."

Kristin and Brody announced their split two weeks ago and both have since been spotted partying solo all over LA. Brody was seen lunching with Nicole Richie and hopping into a car with Paris Hilton, and it seemed Jenner was loving single life. Cavallari appeared to second that emotion, telling TMZ cameras that her life since the split was "fantastic."