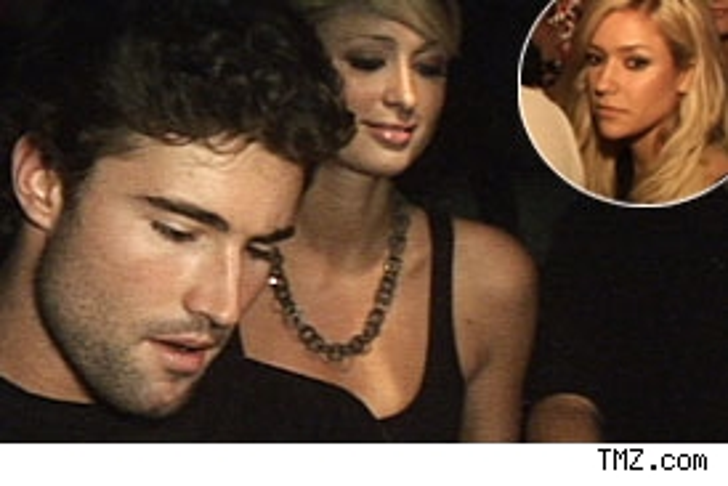 Brody Jenner had a run-in with ex-girlfriend Kristin Cavallari last night at Hyde. The "Laguna Beach" babe arrived at the hot Hollywood club just minutes before the "Princes of Malibu" star.

Jenner has been linked to Nicole Richie after being spotted with the "Simple Life" vixen at both Il Sole and Il Tramezzino in the past week. And yet, Brody swears the two are "just friends," which may explain why he was "caught" leaving Hyde with Richie's nemesis, Paris Hilton.

Whether Hilton and Jenner will pair up remains to be seen but, with Paris swearing a vow of celibacy, the cards may not be in Brody's favor.