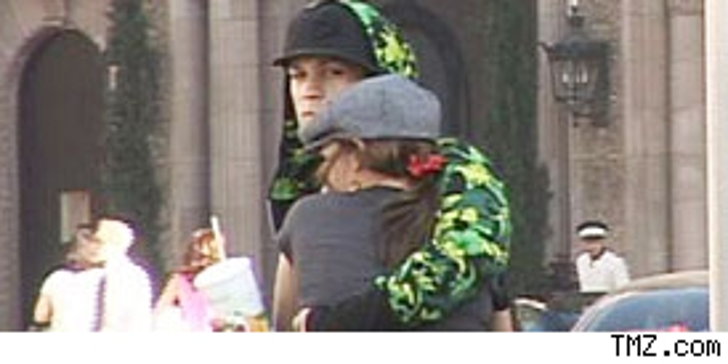 Though rumors of a break-up have been swirling, Hilary Duff and Joel Madden still seem to be very much a couple.

After hitting up the Christian Dior shop together in Beverly Hills, the pop princess and the Good Charlotte frontman were spotted getting cozy on Rodeo Drive. Hugging and kissing for onlookers, Duff and Madden made relationship-on-the-rocks rumors appear to be just that, rumors.

Duff talks about their relationship in the current issue of Seventeen, telling the mag, "He's been clean for two years, and that's something I deal with. And not because I go out all the time and party - I am so not into that. It's just that it makes him a little bit different. Do you know what I mean? ... I can't say I'm never going to drink for the rest of my life - I wouldn't want to make that decision. He has to - and he's really adjusted."

Hilary Gets Off Her Duff for Seventeen 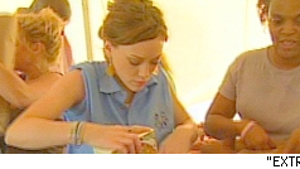