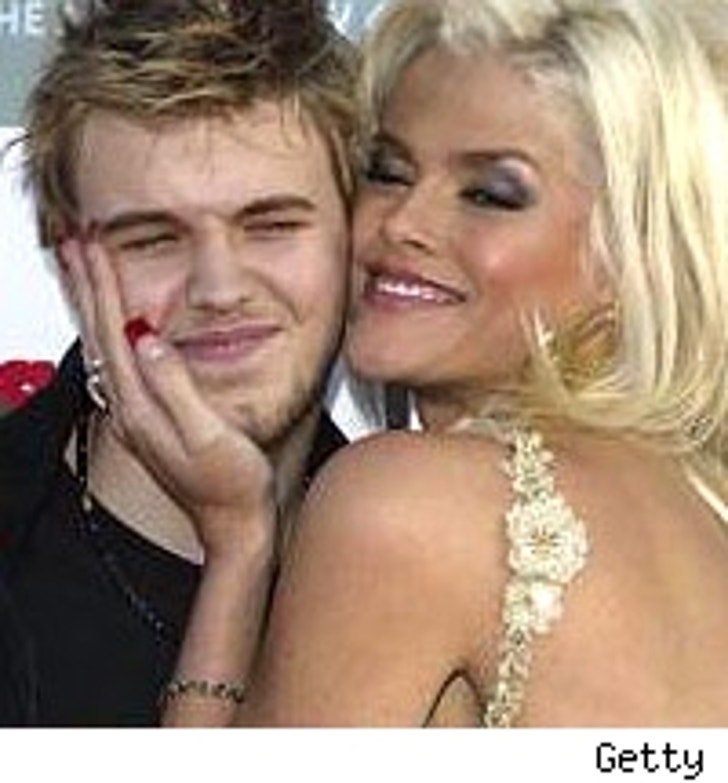 While the circumstances surrounding the death of Anna Nicole Smith's son Daniel are still unclear, Anna Nicole has now issued a statement, through her Bahamian lawyer Michael R. Scott, detailing the events of the incident.

Smith says she, Howard K. Stern (her US lawyer) and Daniel spent the entire evening on Saturday together in her hospital room after Stern picked Daniel up at the airport at 10:30pm.

At 9:38 am Sunday morning, Anna Nicole awoke and noticed her son was not breathing and alerted nurses. Medical staff attempted to revive Daniel but were unsuccessful. Daniel was pronounced dead but "Anna Nicole and Howard frantically continued resuscitation efforts."

Anna Nicole refused to leave her son's side and it became necessary "to sedate her in order to check her out of the hospital."

Due to the sedation and her grief, Anna Nicole suffered "memory loss of the event" and Stern even had to tell her again that Daniel had died.

Smith's statement adds that she is "shocked and appalled" that the press have not allowed her to grieve in private. And is asking the media to wait for the coroner's report "before leaping to sensational, speculative and unfounded conclusions as to how Daniel died."