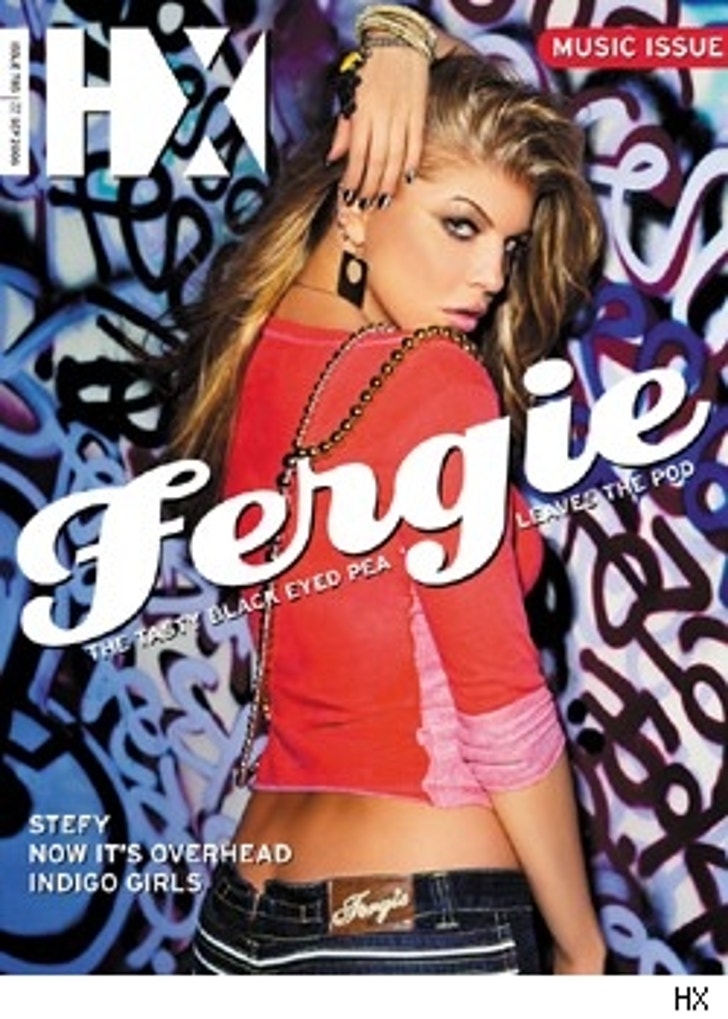 With her new solo CD "The Dutchess" coming out Tuesday, Fergie Fergs (aka Stacy Ferguson) opens up about her days prior to becoming the first lady of the Black Eyed Peas.

Fergie tells New York gay nightlife magazine HX about her struggles with the highly addictive drug crystal meth and admits "You lose weight and look great for a while, but I don't care if it takes six months or five years, it will creep up on you." She kicked the habit in 2001.

Fergie has been dating Hollywood hunk Josh Duhamel for a few years, but reveals she would switch teams for Mrs. Marilyn Manson, Dita Von Teese. Fergalicious!

The Southern California native has been touring the world with the Peas but claims she's still Stacy from the block. "I definitely am still that girl who gets home and goes straight to Jack in the Box or Taco Bell right after I land at the airport." So that's how she keeps her 'lovely lady lumps!'

And although she has been known to sport some serious bling, Fergie says "I was collecting unemployment when I joined Black Eyed Peas, so I really appreciate the worth of things."

By the looks of the success of her first single "London Bridge", so do her fans.