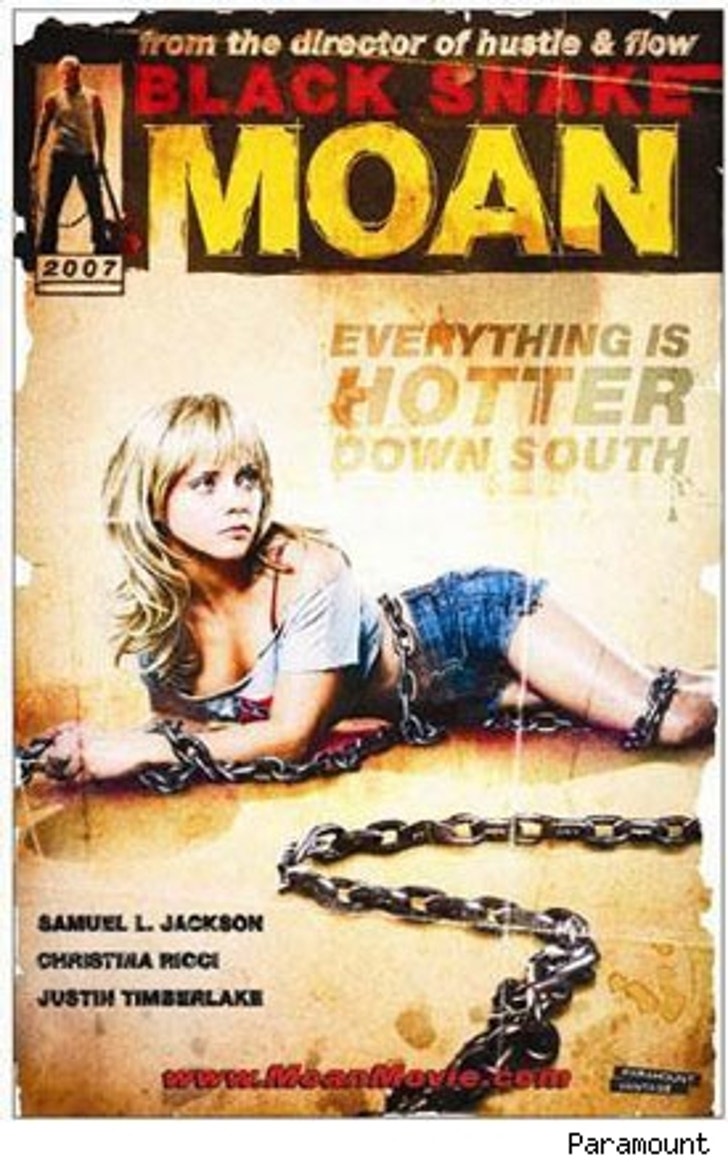 Paramount Vantage has created a contest that challenges fans to download artwork and audio from the film and create a trailer for the new movie. The winner gets a trip to the Sundance Film festival.

Set in Tennessee, the southern gothic film chronicles a tale of rage and love when ex-blues guitarist Lazarus (Samuel L. Jackson) discovers Rae (Christina Ricci) beaten nearly to death along side the road. Lazarus decides to cure Rae, a woman known for her insatiable desire for sex, of what he thinks are her wicked ways. All the while Rae's true love Ronnie (Justin Timberlake), who is supposed to be headed to Iraq, goes looking for her.

With a tale like that, folks are sure to come up with some interesting ideas for the trailer.