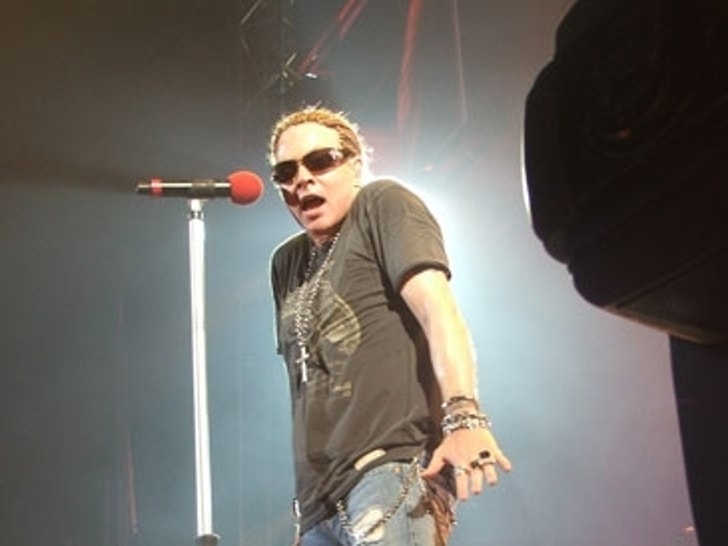 As each band came, played, and exited the stage throughout the day of the KROQ Inland Invasion this past Saturday, the crowd began to fill the pavilion. It was as if nervous anticipation of the show's headliner dampened the crowd's reaction to fan favorites like MUSE, 30 Seconds To Mars, Rise Against, and Alice in Chains. 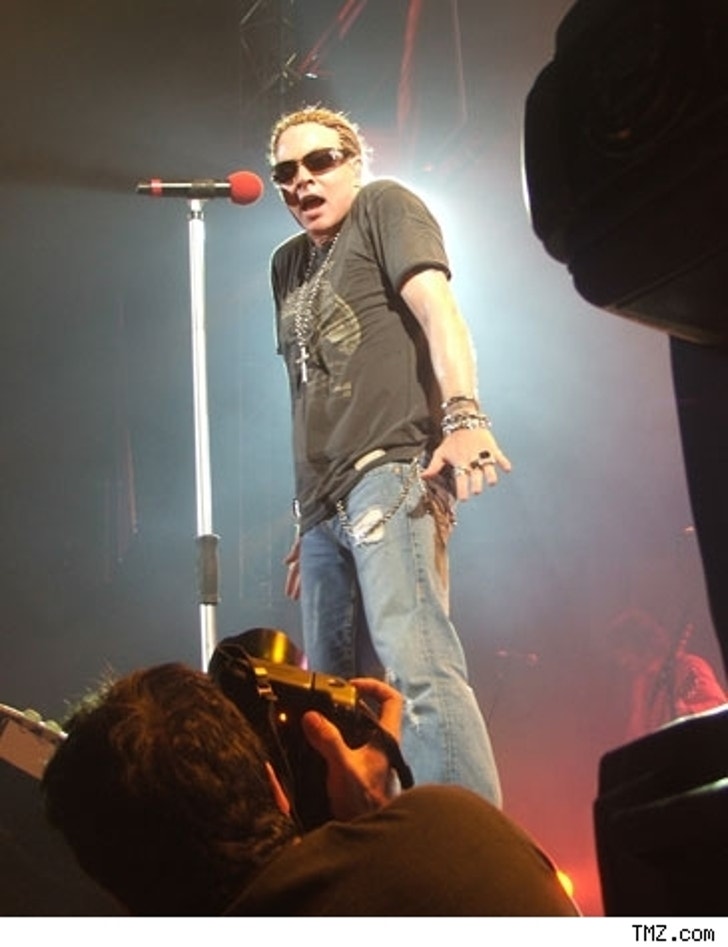 As 14 years of waiting for the return of Guns N' Roses was about to climax, the fans that ventured to the small California town of Devore started to rage. Fires burned upon the ridge and bottles were strewn about in true Redding Fest fashion. The clichés started with Axl arriving almost an hour after his scheduled set time. Just as the crowd began to get restless and security rushed in, the lights from the stage ignited the sky and the crowd was asked the question "Do you know where the f**k you are?", and the first chords of 'Welcome to Jungle' seemed to make the world better again.

The GN'R guys played at hit-filled set -- exactly what the crowd was hoping for. It was, however, announced today that they will be postponing US tour dates until later this year. Is the Axl of old starting to rear his ugly head? No, just getting ready to do this tour thing the right way.