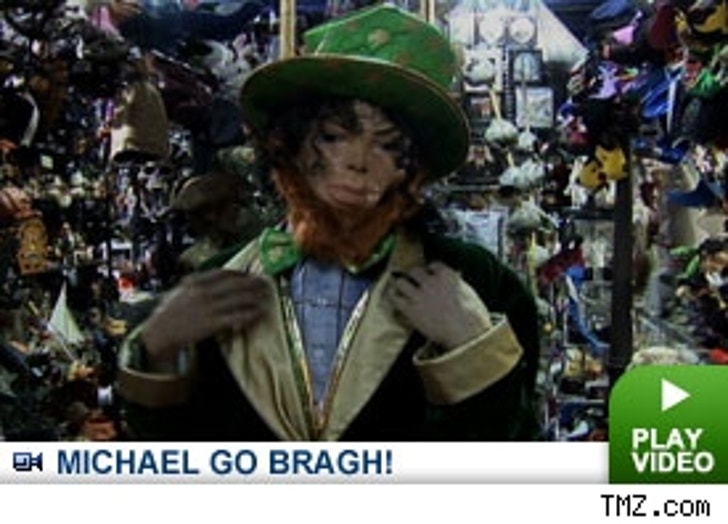 The Abracadabra Superstore in New York is unveiling a new Michael Jackson "Leprechaun" Halloween costume, and TMZ has the first look. The costume, a "Leprechaun" theme features a dark green suit, a top hat and a plastic mask of the pop star's face.

The idea for the costume came after reports suggested that Jackson was looking to buy an estate on the Emerald Isle, Ireland. News sources in that country say that Michael loves the idea of leprechauns, magic and myths of Ireland, and is planning to open a theme park there.

TMZ went to the store to take pictures of the costume, when an employee surprisingly showed up wearing the outfit. We think he was looking for his lucky charms.