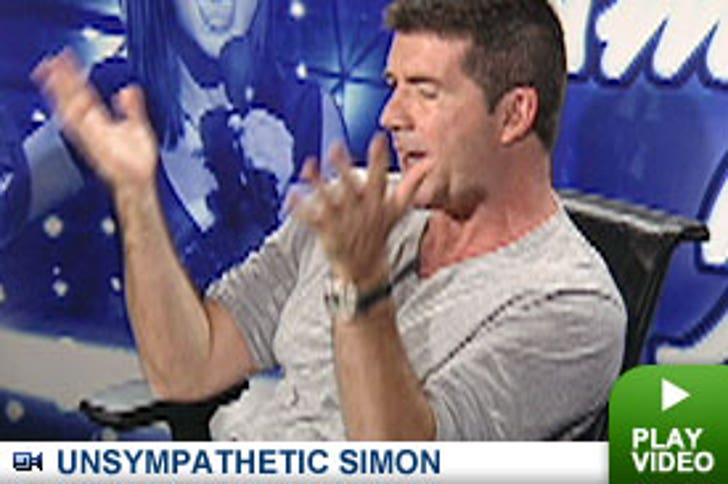 Leave it to Simon Cowell to put down a guy on Paxil.

When commenting on Clay Aiken's recent admittance that he takes the anti-depressant to deal with the fame that came with "American Idol," Cowell definitely didn't hold back.

And while judge Paula Abdul and celebrity guest judge Olivia Newton-John both stuck up for the season two runner-up, Cowell kept the insults rolling.

"They're not working for a living, they're becoming famous ... no one's put a gun to their head ... Clay, whatever he may have said, would not swap what he's got now for what he had three years ago."

Way to be sympathetic Simon!