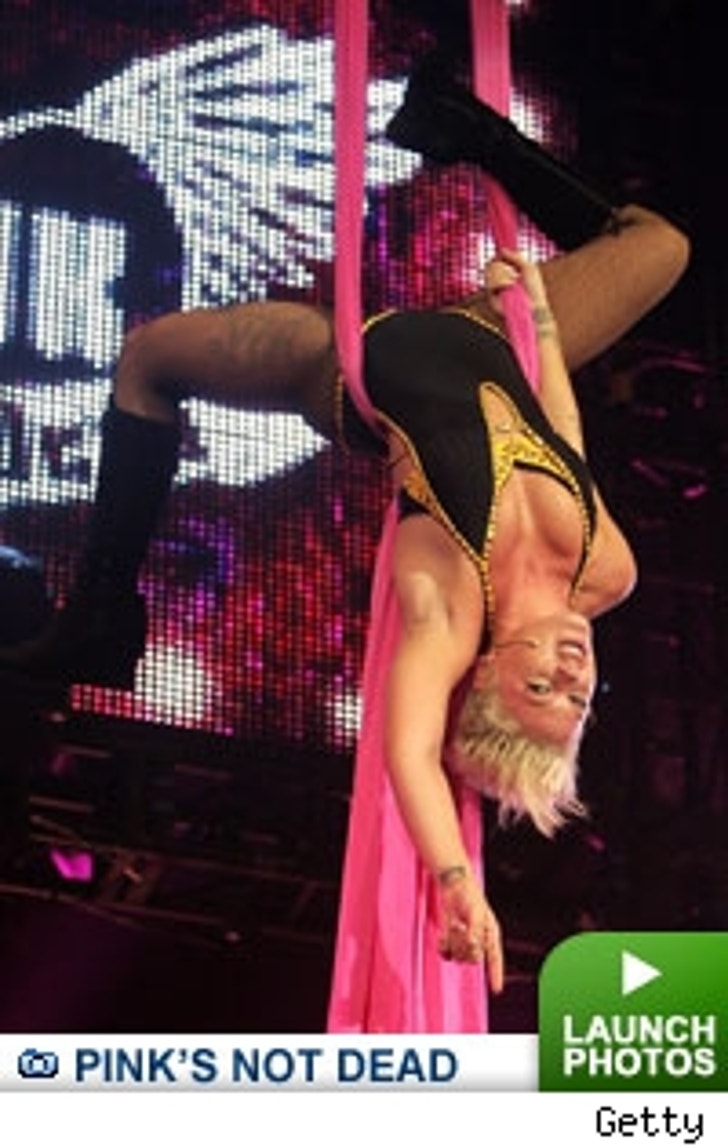 When did P!nk join Cirque Du Soleil? The rock star (aka Alecia Moore) shocked concertgoers in Switzerland Wednesday with a dazzling performance that could have been mistaken for the world famous circus production. The singer busted out hit song after hit song without missing a note, all while swinging high over the stage from nothing more than sheets and performing high energy acrobatics.

This was the first performance for the ever-evolving rock star on her "I'm Not Dead" European concert tour. P!nk's next stop will be in Austria on September 28 before heading to Belgium, Germany, the U.K. and other cities throughout Europe. Her final show is slated for December 21 in Luxembourg.

Can't get to Europe? TMZ has compiled some pictures of the hottest moments during her show, including multiple outfit changes, motorcycles and scandalous dance moves. Enjoy.