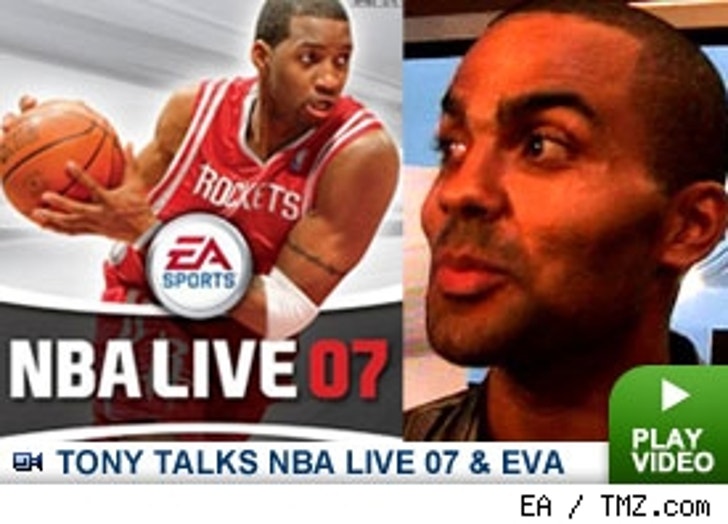 Sometimes we're so proud of Tony Parker for scoring Eva Longoria we totally forget the guy has a day job. In fact, he's so good at that job that EA sports showcased him at the release party of their latest title.

The San Antonio point guard was in New York Wednesday for the release of EA sports NBA Live '07. Tony discussed his love of video games and how, like many men, he has to wait till Eva is at work to play his video games. We feel your pain man.

The game is the latest in the series -- spawned in 1995 -- and this year's version is a sure to live up to the franchise. Innovative features like "Total Freestyle Control" which enable you to take control of your superstar's moves on the fly and the new A.I. system specifically designed for the next generation consoles, EA is taking the game to the next level. You can even play the big boss in "Advanced Dynasty" mode where you're the GM and you can recruit, trade and investigate rumors, all the while trying to create the ultimate chemistry of players while you battle your way to the playoffs.

So as long as Eva is busy playing a housewife, NBA star Tony Parker can keep up with his NBA Live '07 gaming and for that, he's living the dream.