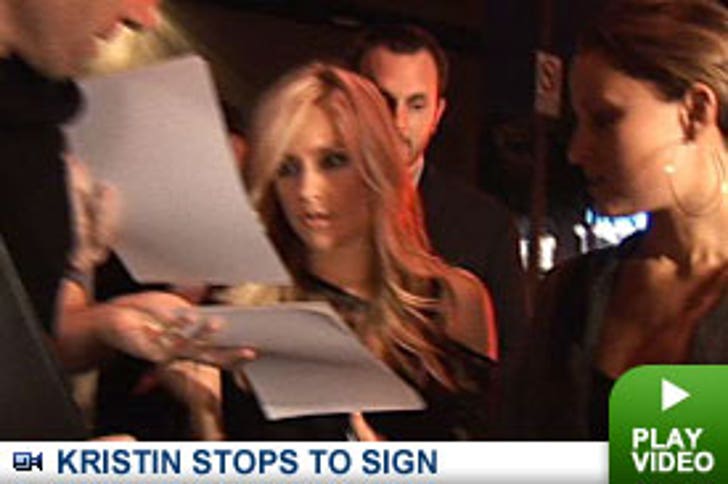 TMZ's cameras and our very own Josh Levine were all over Hollywood on Thursday, running into tons of celebs for another exciting Star Catcher.

We started things out at the trendy lunch spot The Ivy, where Playboy cover girl and Mrs. Christopher Knight Adrienne Curry sizzled up the joint in a sexy yellow dress.

Then, we rolled by one of our favorite dinner spots Mr. Chow, where two world-famous comedians, Tom Arnold and Robin Williams, stopped by for some quality grub.

Next it was off to the grand opening of new restaurant Red Pearl Kitchen. They did it right over there, loading the place with all kinds of stars like Christian Slater, Amy Smart and "EXTRA" co-host Mark McGrath.

"Laguna Beach" babe Kristin Cavallari was also amongst the celebs in attendance. The blonde reality star gracefully walked the red carpet after a smashing run-in with paparazzi and autograph seekers.

Last we stopped by Hyde, which was slower than usual, where we caught up with Norm McDonald and "OC" star Adam Brody.