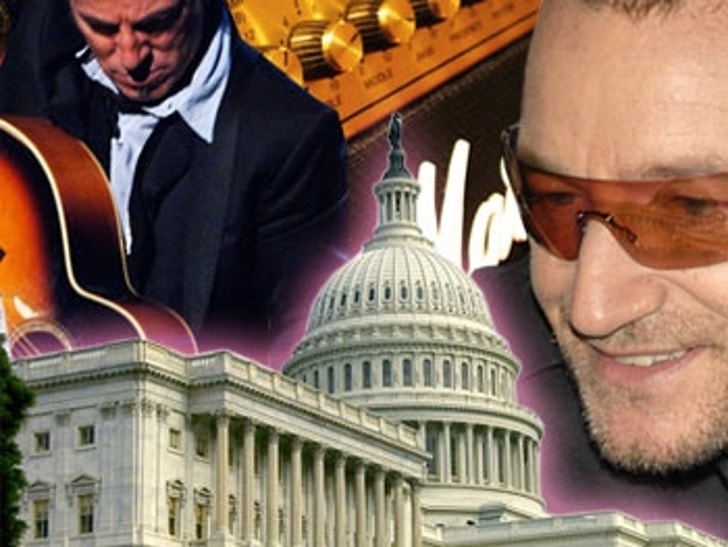 Hopefully at least some of you have been paying attention to the lobbying scandal involving disgraced Republican lobbyist Jack Abramoff and the White House. I know it's nowhere as hip as who's hanging at Hyde, but it is just as sleazy (although maybe not as sleazy as a Congressmen emailing 16 year old boys). Turns out there is a music side note to the whole affair: concert tickets were a significant part of the gift giving Enterprise. 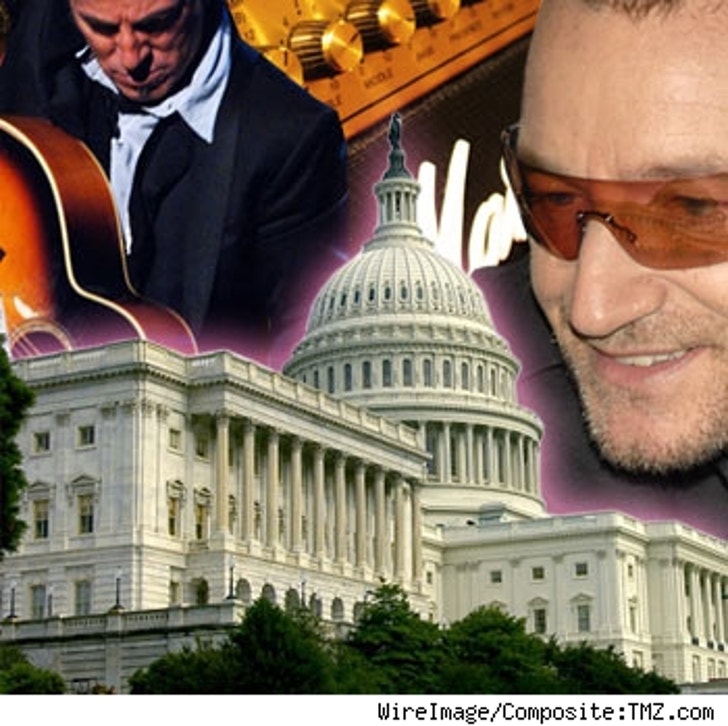 Susan Ralston, personal aide to the infamous Karl Rove, who prior to that worked directly for Abramoff before moving to the White House, was a primary recipient of the tix. See reportedly saw nine different events on Abramoff's tab while working for Rove, including nabbing four seats for a Springsteen concert. Maybe she didn't know that Bruce campaigned against Bush and more than once used the word "impeach" when referring to the President? Or, maybe she's got no clue who Tom Joad is either? Beyond the Boss, seems Ralston is an Andrea Boccelli fan too - now that, along with former White House aide Jennifer Farley's reported request for Yanni tix from Abramoff associates, makes more sense!

Ken Melman, former White House Director of Political Affairs and a major player in President Bush's re-election campaign, was another White House wannabe hipster. He reportedly looked to Abramoff to get his U2 fix. Didn't he get to sit in on the Bush-Bono meetings? It seems the concerts were seen as a place to get these insiders in a good mood to talk "business." According to the official report issued by the House of Representatives Committee on Government Reform (can you say fox watching the hen house?), "when Abramoff learned from his staff that "Ken Mehlman of the White House apparently wants to go," but it was unclear if "we can fit 2 more in for Friday night," he instructed his staff: "We must." A day before the concert, [Lobbyist Kevin Ring] e-mailed Abramoff that he would "talk to Mehlman at the concert tomorrow night" about positions at the Department of Labor." Nice perks if you can get 'em!

With Bono droning on about helping the poor at every show, I'm sure someone at least thought to themselves, just "shut up and sing."