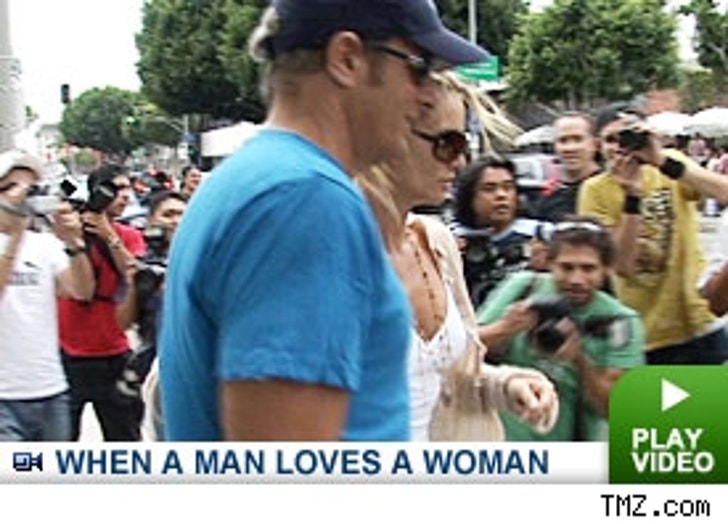 Nicollette Sheridan and Michael Bolton were swarmed by photogs yesterday, which begged the question, who actually cares about them to warrant such attention?

After shopping at the new kitson Men store (sure to be a new paparazzi staple), the two emerged in "shock" at the number of photogs waiting for them, Nicollette exclaiming, "Oh my God, you guys are multiplying!"

The entourage of shutterbugs got so large they appeared to form a parade around the couple as they walked down Roberston Blvd., in the middle of the actual street.

While we understand a few shots of the happy couple may be worth some money, is it really necessary to form a moving wall in front of them, taking their picture for a good 10 minutes? Are there really that many Michael Bolton fans still? We think not. 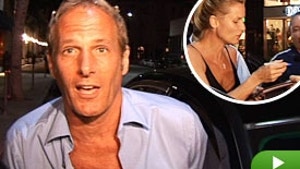 Bolton Kicked to the Side