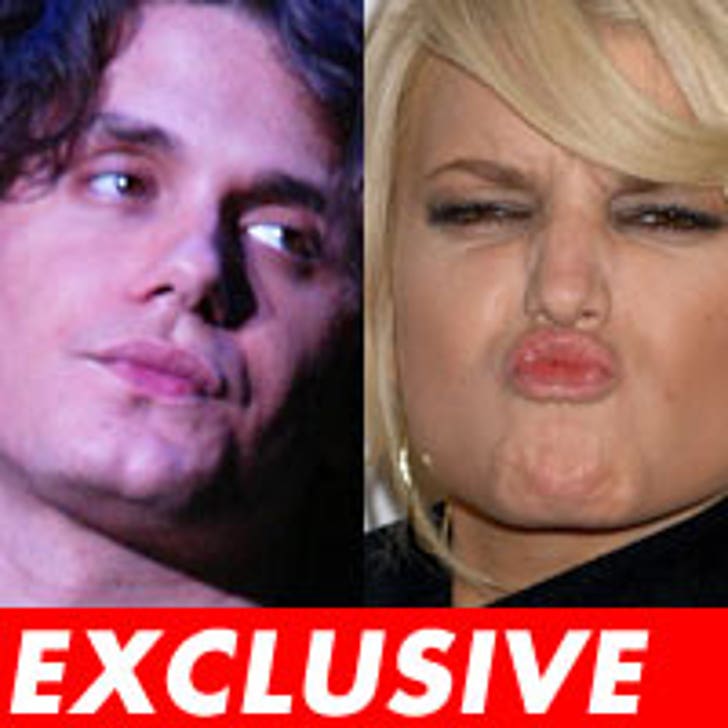 Could Jessica Simpson and John Mayer be hooking up again? Maybe so.

TMZ spies were at the posh Four Seasons Hotel in Beverly Hills Monday night, when John Mayer took a seat and began hitting on one of our spies. Our spy says Mayer invited her up to his room to "talk." She declined.

Jessica Simpson arrived at the bar a short time later and saw friend and producer Romeo Antonio sitting at a table, who has written several Simpson songs. Jessica approached Antonio and chatted for a bit. Antonio then left the table to use the bathroom and while he was in the restroom, Mayer walked in. A very serious Mayer asked if there was anything going on between Antonio and Simpson. Antonio said there was not.

Mayer then went back to the bar, chatted up Simpson for approximately 10 minutes and then the two left the bar together and took the elevator upstairs. We don't know what happened after that, but our spies never saw them again.