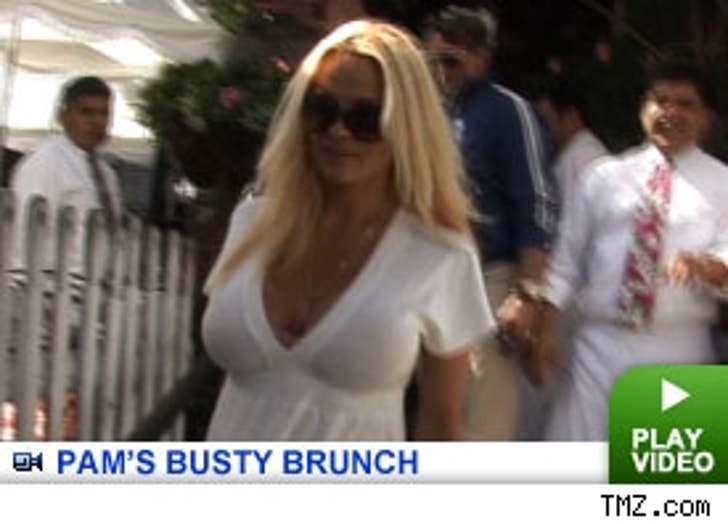 TMZ cameras and our very own Josh hit the streets of Hollywood on Thursday night to bring you another exciting edition of Star Catcher.

We started our day at the Ivy, where we ran into the beautiful and busty Pam Anderson. Mrs. Kid Rock was in her usual friendly mood as she exited the eatery, even stopping to pose for a picture with a fan.

As the sun began to set we made our way over to the newest LA hotspot, Area. We ran into Limp Bizkit frontman Fred Durst, MTV's Nick Cannon and Channing Tatum. While Brody Jenner also hit the scene, without either one of the "Laguna Beach" girls, the recently single star was being quite generous with his cash flow.

Then it was off to Hyde, where we ran into "American Idol" winner Taylor Hicks (who turned 30 at midnight) and Fall Out Boy bassist Peter Wentz.

Kid & Pam: Back and in Black