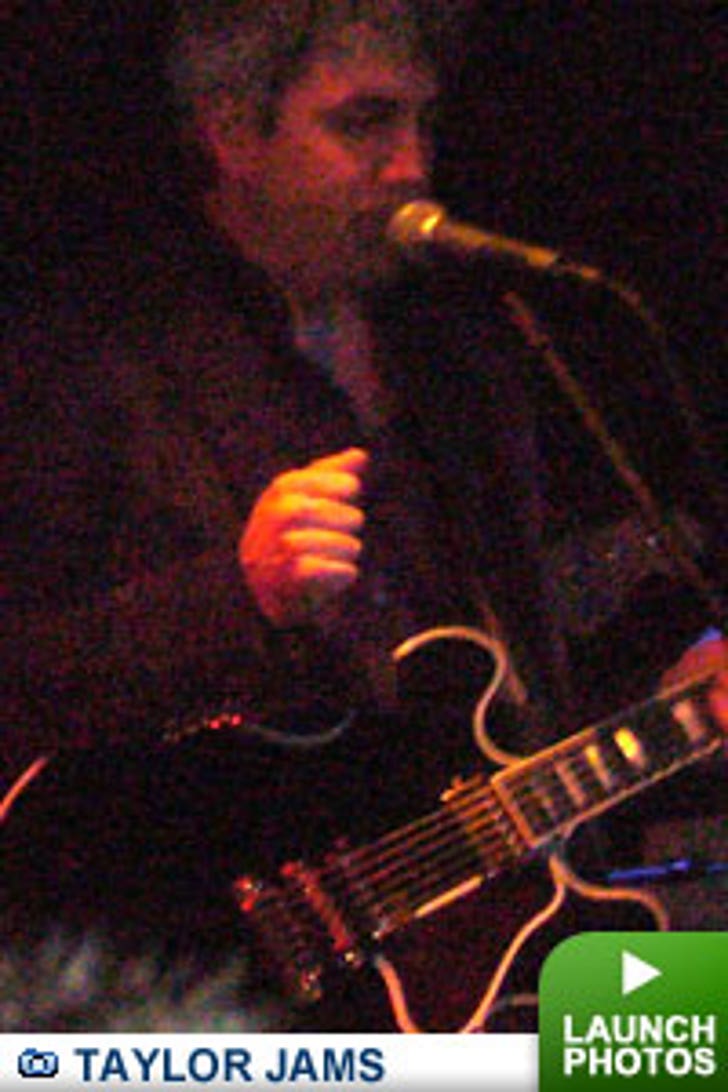 TMZ has already reported that Taylor Hicks, Bucky Covington and Elliott Yamin skipped out on their "Idol" tour after-party, full of autograph signing and kodak moments with the kiddies, to obtain some serious music industry cred by playing at the notorious Hollywood rock club Viper Room.

Well here's what went down inside. Taylor jammed with the Little Memphis Blues Orchestra, along with members of his own band.

Hicks sang, played harmonica and drank shots on stage in front of a sold-out crowd that wasn't interested in hearing any pop music covers or standards. Amen!

Elliott and Bucky also got in on the action to the delight of the packed house which included tons of screaming fans, but unlike their earlier gig at Staples Center, none of the 12-year-old variety.

Bucky hung with his wife Crystal, while Elliott was joined by his gorgeous model girlfriend, Jamie.

As far as Taylor, when he wasn't on stage or fending off members of his Soul Patrol, he would retreat to the confines of the closed-off VIP room.