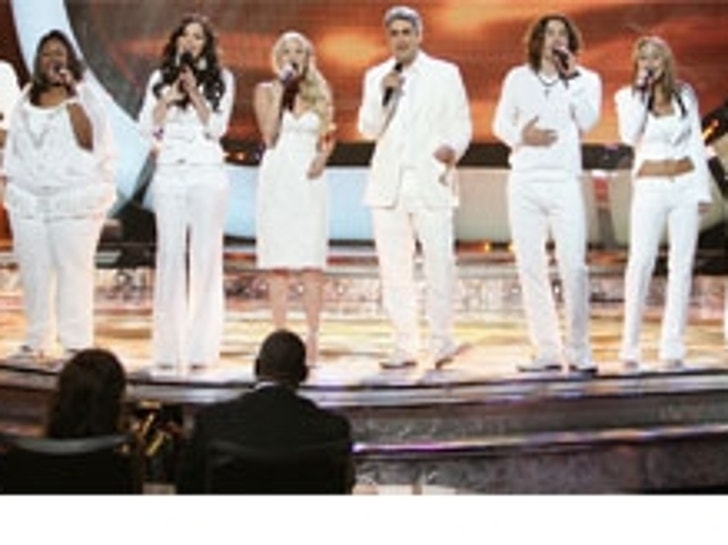 "American Idol" is the hottest TV show in the country, hopefuls line up by the thousands to try out and fans snatch up millions of copies of the winners' albums. But apparently all those same peeps are fickle when it comes to running out to see them live.

The "American Idols Live" tour arrives in Los Angeles on Saturday and tickets are still available on ticketmaster.com. In fact, they are not only not sold out - they are going for below face value on Craigslist.

Ticket holders are selling good floor seats at up to 40% below cost, with some tix going for as low as $20. A total steal especially considering concert tickets for true music idols, like Madonna, can go for as much as $350.

This is just the latest in a string of bad luck for the "Idol" contestants
. Earlier this summer Katharine McPhee revealed she had struggled with bulimia and then disappointed fans when she was unable to start the tour due to severe bronchitis and laryngitis. Once she joined the group she fractured her foot on stage. And just recently "Idol" winner Taylor Hicks sued an ex-producer for attempting to sell two of his songs on iTunes.

With the new "Idol" season contestant search on the way and their fame slipping faster than Tara Reid's breast on the red carpet, fans better hurry and catch Ace, Bucky and Mandisa (remember them?) before they fade back into obscurity.