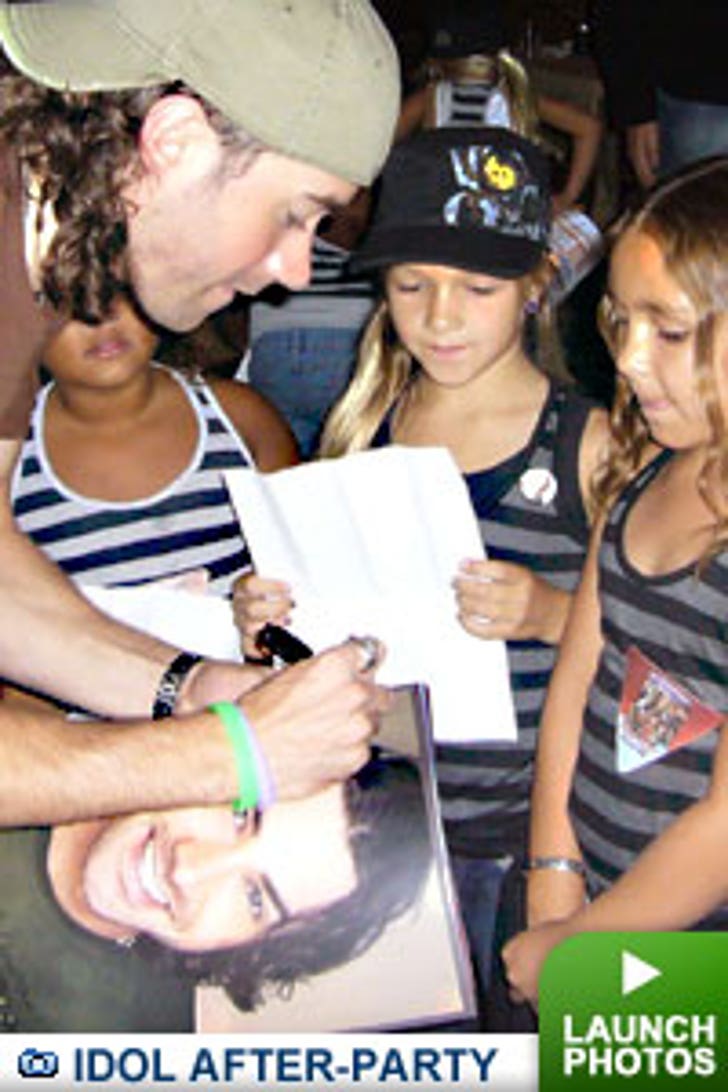 Immediately following their performance at the LA stop of their tour, the "American Idols" greeted lucky fans at their Staples Center after-party on Saturday.

The ever-gracious Ace Young signed autographs for the throngs of his young female fans, while their moms gawked on the side.

Paris Bennett, who recently turned 18, handled herself like an old pro and stood on a table to handle the crush of the teenage amateur paparazzi that swarmed the pint-size pop star.

But the scene stealer and diva of the evening was Chris Daughtry. Chris arrived with extra security,and although initially he did mingle with fans, by the end of the night you had to be asked over by The Daughtry in order to say hello.

Interestingly, LIVE lead singer Ed Kowlaczyk --who performed with The Daughtry on the "Idol" finale -- was part of Chris' entourage that night and went completely unnoticed by the crowd.

"Idol" winner Taylor Hicks, Bucky Covington and Elliott Yamin did not attend the meet and greet. The trio were busy getting across town to the Johnny Depp-owned Viper Room to take the stage with the Little Memphis Blues Orchestra, which features members of Taylor Hicks' band.

Another no-show was film actress hopeful, Katharine McPhee. We're told that Kat, who is from nearby Sherman Oaks, Calif., had so many family and friends come visit her backstage that she wasn't able to attend the after-party.