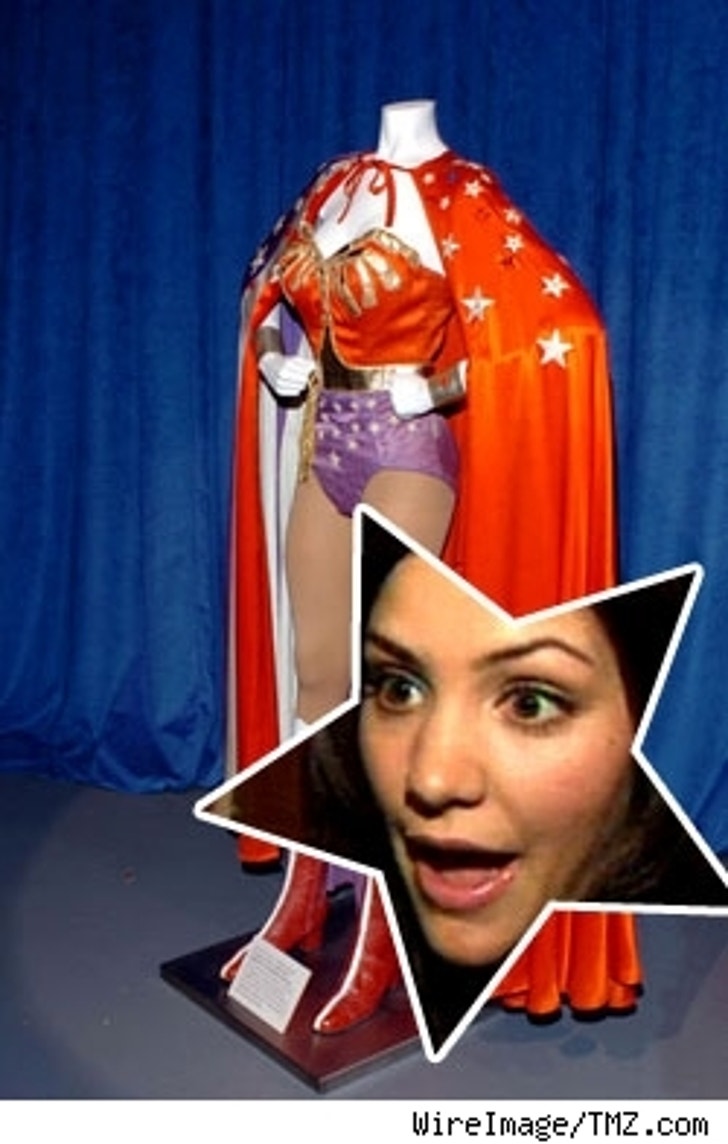 After enduring bronchitis, laryngitis and a fractured foot, Katharine McPhee emerged triumphant during her performance Saturday on the American Idols Live Tour at LA's Staples Center.

But vocal skills aside, we've learned Kat's big star turn may be on the big screen.

A well-placed source tells TMZ that Kat, who has the same theatrical manager as another ailment-prone hottie, Lindsay Lohan, is one of the lucky ladies up for the highly coveted lead role in the big-screen adaptation of "Wonder Woman."

Everyone from Sandra Bullock to Kate Beckinsale has been rumored to be in the running for the starring role in the movie, which will be directed by Joss Whedon, who created "Buffy the Vampire Slayer."

While it's up in the air if she will be sporting those trademark red boots, tights and bracelets, you will still be able to see Kat wearing a lot less very soon.

TMZ has learned that Katharine, who has struggled with bulimia, will appear on the cover of an upcoming issue of Shape magazine, wearing a bathing suit. Now in a much healthier place, McPhee will show off her killer curves for all the world to see.

With all the prospects in her future, and despite coming in second on "Idol," It looks like Kat is no one-hit wonder, Justin Guarini be damned!