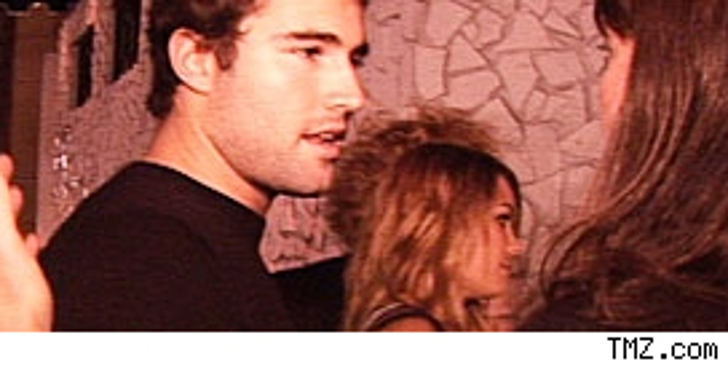 Brody Jenner's apparently got a thing for the girls of reality TV -- specifically blondes from "Laguna Beach."

The "Prince of Malibu" was spotted heading into Shag last night with none other than Lauren Conrad, the well-known arch-enemy of his ex-girlfriend Kristin Cavallari. While TMZ could not confirm any romantic connection between the two, hanging out with your ex's enemy in public is still a pretty bold move. Also along for the evening was LC's "The Hills" co-star Heidi Montag.

A TMZ spy claims that Jenner was also spotted inside a nearby bar "getting close to a mysterious dirty blonde, wavy-haired girl." It's been recently reported that Brody is dating Nicole Richie, however, throughout the course of the two aforementioned incidents, Richie was nowhere in sight.