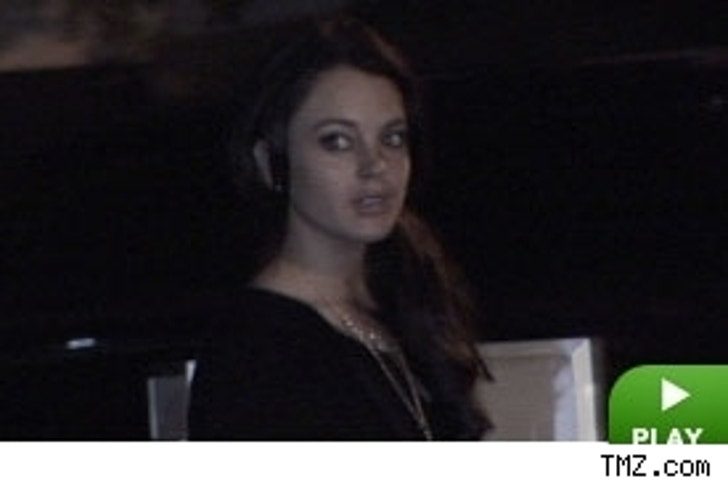 Some of Hollywood's biggest stars were living it up in Tinseltown last night and TMZ's Josh Levine was with them every step of the way.

Pat O'Brien kicked things off at restaurant-to-the-stars Mr. Chow, where "The Insider" and his girlfriend were enjoying a romantic date night.

Then, it was off to the Academy of Motion Picture Arts and Sciences, where a ton of stars had just finished checking out the premiere of the new WWII flick "Flags of Our Fathers" including Ray Romano, Leelee Sobieski and the best wide receiver to ever emerge from West Canaan High School -- Tweeder aka Scott Caan. Jason Priestley also checked out the movie, along with his perfect wife and perfect sideburns.

Finally, it was off to Hyde, where Lindsay Lohan could barely contain her excitement after racing and beating a Bentley in an apparent race to the club, screaming to the defeated man, "I beat you!" But, she may not have been smiling for very long -- Lindsay's arch-nemesis, Greasy Bear Brandon Davis, entered the club just moments later.

All this and more in today's Star Catcher.