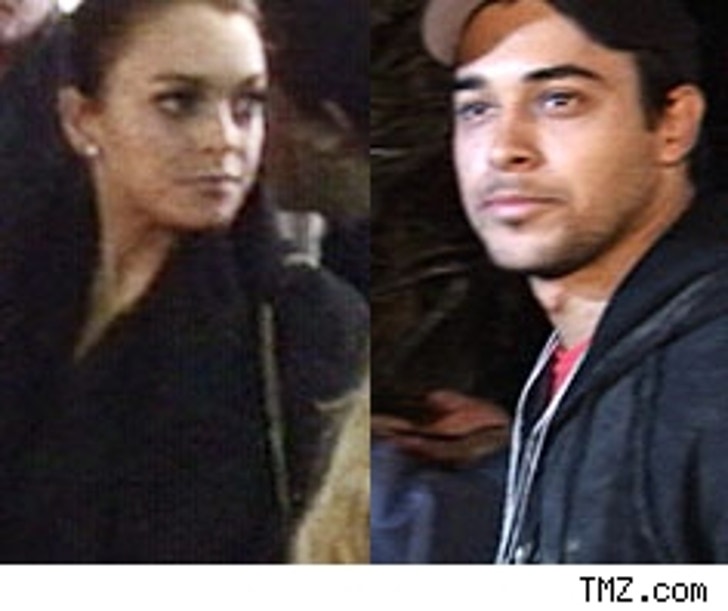 A parking meter wasn't the only thing Lindsay Lohan ran into Monday night at hotspot Shag -- she also met up with ex-boyfriend Wilmer Valderrama.

Lohan, who reportedly split with boyfriend Harry Morton over the weekend, showed up with two girlfriends while Valderrama went to the VIP area with a group of his guy friends.

While onlookers call the interaction between the two awkward at first, they appeared to be engaged in "friendly conversation" by the end of the night and "it looked like they were catching up." The awkward start could have something to do with the comments Wilmer made about Lindsay on the Howard Stern Show back in March, when he said she was one of the best women he's had in bed and talked about her fire-less crotch.

Lohan wasn't looking for a rebound from Morton though - the two left separately.