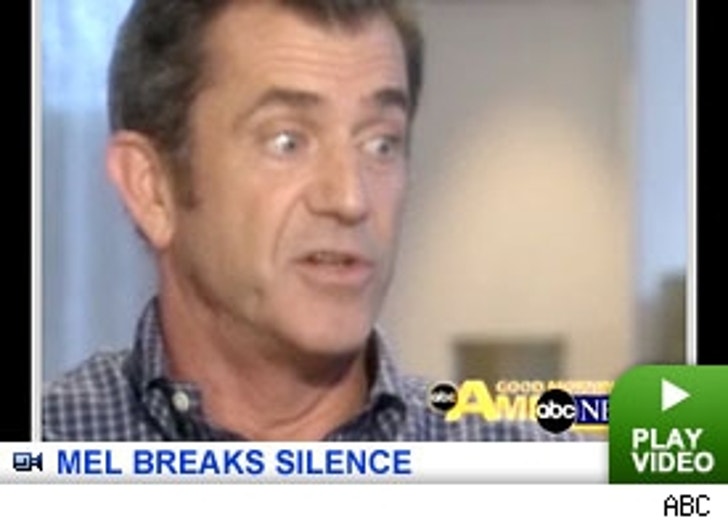 Mel Gibson says his anti-Semitic rant the night of his DUI arrest was the "stupid rambling of a drunkard."

Gibson told ABC's Diane Sawyer, "What I need to do (is) to heal myself and to be assuring and allay the fears of others and to heal them if they had any heart wounds from something I may have said."

TMZ broke the story detailing Gibson's tirade after his July 28th arrest in Malibu. He has since pleaded no contest to drunk driving and was sentenced to three years probation. The actor has also entered an Alcoholics Anonymous program.

The Sawyer interview will air this Thursday and Friday on "Good Morning America." Thursday's segment will feature Gibson's comments about alcoholism and drunk driving, and Friday's installment will deal with Gibson's anti-Semitic comments.