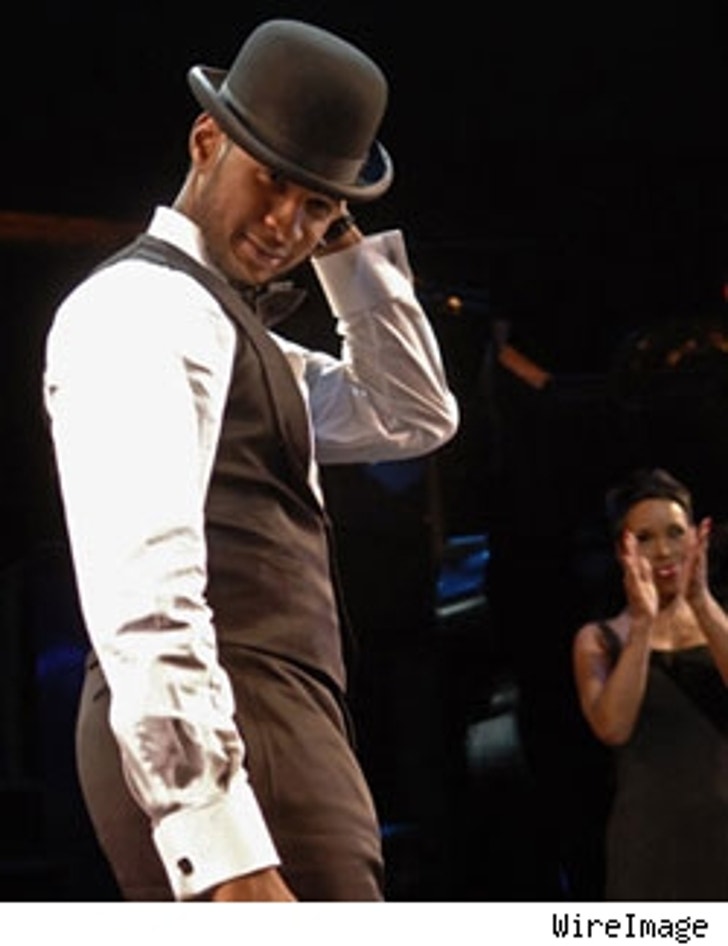 TMZ has learned that R&B star Usher is sick with the flu and has been unable to perform in the Broadway musical "Chicago." Usher, who has been playing Billy Flynn in the production since August 22, missed several shows Friday through Monday. Fans have lined the streets near the Ambassador Theater each night demanding refunds after discovering his understudy would be performing. Word has it that his doctor has ordered him to be on bed rest the remainder of the week (Wednesdays are his night off anyway) and that he may not return to the stage at all.

The singer was originally scheduled to perform through October 1, but extended his run until October 14, which is also his birthday. The shows have been sold-out for weeks and Usher is reportedly the highest paid to play the role of "Billy" in "Chicago" of all time. No word on whether he'll make up the sick days and extend his run again.

Update: Reps for Usher issued the following statement to TMZ:
Due to an illness, Grammy-Award winning superstar Usher will not be returning to the Broadway stage to complete his final week in the hit musical Chicago. Usher's manager Jonnetta Patton issued the following statement, "Usher is currently being treated for an extreme case of strep throat. He fell ill last Friday and his condition became progressively worse, so under strict orders from his doctors, Usher has been instructed not to perform. He is really saddened that he cannot close out his last week in Chicago"with a bang. Usher has had an amazing time on Broadway and loved every minute of performing on stage with the entire cast of Chicago.He expresses his sincere apologies to all of his fans who purchased tickets to see him in Chicago this final week and appreciate all of their love and support. He is thankful to the producers, the entire cast and production crew of Chicago."