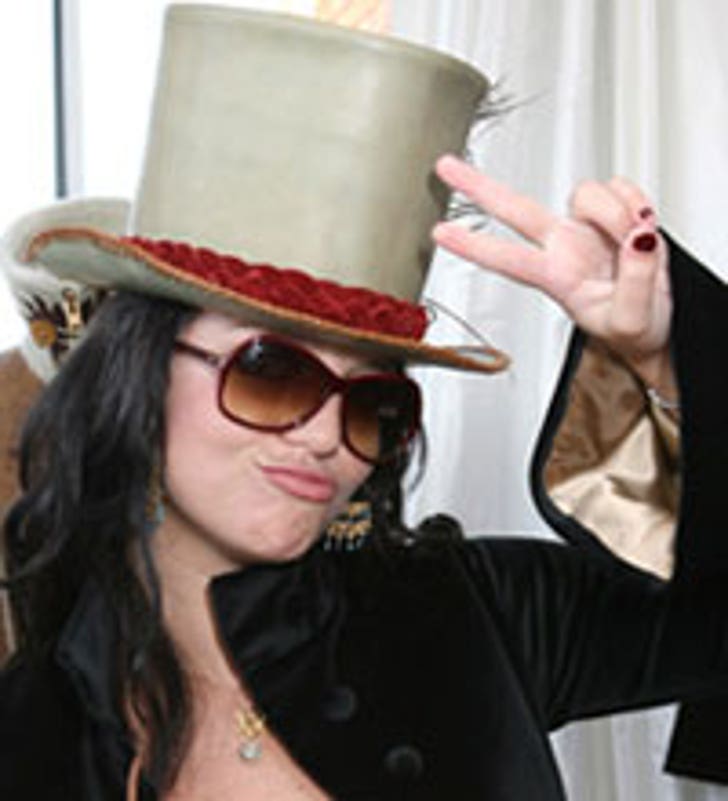 Britney Spears has been making headlines recently for more than just the K-Fed follies, she's planning her comeback after two years of trucker hats, ripped jeans and no makeup. Obviously part of the comeback involves getting her body back into pre-Kevin shape, but her music will be even more important. Now, help is being offered by what may seem like an unlikely source.

Eagles of Death Metal singer Jesse Hughes has offered to lend Britney a hand. For the uninitiated, Eagles of Death Metal is the latest project for Queens of the Stone Age rocker Josh Homme. If you are unfamiliar with QOTSA, well you're just a lost cause ... so back to Britney. Jesse says he loves Britney's stuff and in particular her hit "Toxic", which he calls one of the greatest songs he's ever heard. Hughes told MTV News he's ready to help her recapture the magic:

"Britney, please let me help you, girl. I will do whatever you need to help you make that comeback. Britney Spears videos rock, and I don't care how much she's singing, writing or not writing - I just want to see that girl make a comeback and make more videos."

Of course, Hughes isn't the first rocker to get on board the Britney bandwagon. No, I'm not talking about Fred Durst! Scotland's Travis did a great version of "Baby Hit Me One More Time" and Rockstar INXS runner up Marty Casey did a cool, grunged out acoustic version of the song on the show. Who knows, maybe someday Brit will rock out on a song with one of these tattooed fans. Somehow I'm betting K-Fed wouldn't be able to handle Brit-Brit hanging around these rock bad boy types, or given that he's been flying solo so much lately, he just might not care.