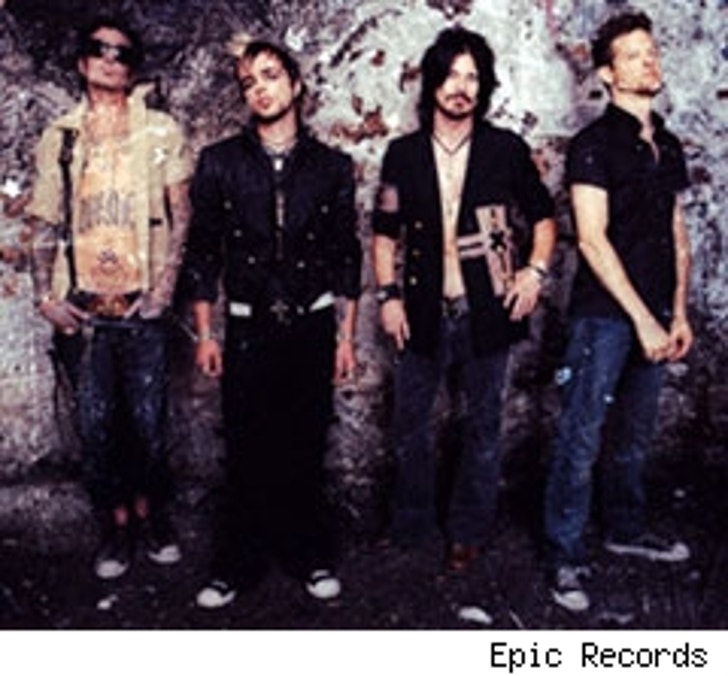 Magni and Storm Large, two finalists in the top 5 on the CBS reality show "Rockstar: Supernova," have been essentially fired from the opening act on the upcoming Rockstar Supernova tour.

First a California punk band claimed rights to the name Supernova and sought an injunction to halt the television act from performing or recording under the "Supernova" brand, unless they changed or added words to the name. A San Diego judge ruled in favor of the punk band and forced the CBS backed group to find a new moniker. For once Davey trumped Goliath!

Tommy Lee and the rest of the band, including the show's winner Lukas Rossi, changed the name to Rockstar Supernova.

With a tour scheduled to begin on New Year's Eve in Vegas, the bill's opening act was to include The Panic Channel, host Dave Navarro's latest band, as well as, fellow contestants Toby Rand, Dilana, Magni, Storm Large and the program's House Band.

But now TMZ has learned that due to financial reasons Magni, Storm Large and the House Band have been kicked off the tour. Toby and Dilana are still on board (thank God!), but will now be backed by Toby Rand's Australian group Juke Kartel. Evs!

Though this is sure to be a blow to Storm Large and Magni, who is already a bona fide sensation in his native Iceland, the real question is how fans will react to the news.

And while Magni and Storm will be sorely missed, we're still hoping they add the ever unpredictable and fabulous Zayra Alvarez to the bill.

A call to Rockstar Supernova's record label was not immediately returned.