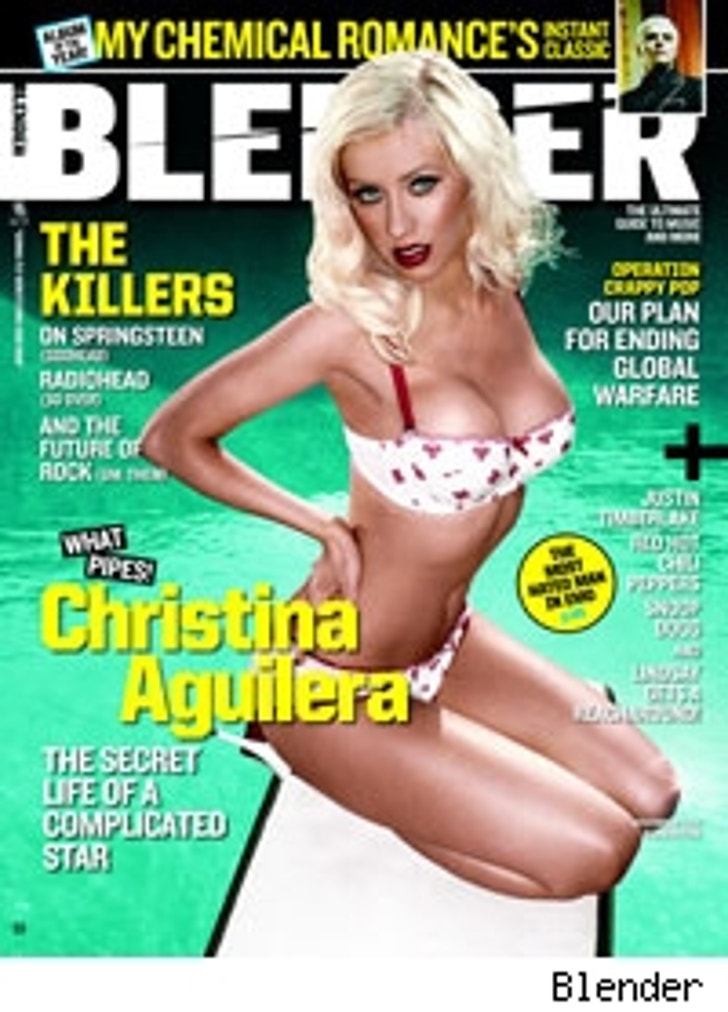 Hip-hop super-producer Timbaland thinks that the massive Justin Timberlake hit "SexyBack" -- which he produced -- might make an otherwise straight man question his sexuality. As he tells Blender magazine, "Some people listen to a song like 'SexyBack' and think, am I queer?Am I funny? If you are that way, you're just that way. But if you're a masculine man, embrace it. Have a glass of wine, put the record on, invite your girl over to get sexy." (Did he say a glass of wine?)

Timbaland, who also produced another summer mega hit, Nelly Furtado's "Promiscuous," reflects on the tough financial times that the hip-hop industry is suffering. "There was a time ... like '97, '98, back when the industry was hot that I was getting $300,000 a track. And I was doing 10 tracks every two weeks! [Now] I stay in the digits, but it's nowhere near where it was."

But the producer has a distinctly un-masculine view of things when it comes to cheesy, cloying ballads. "I think 'Time After Time' is probably the best ballad ever besides maybe that 'Titanic' song," he declares. The November issue of Blender hits stands next Tuesday.