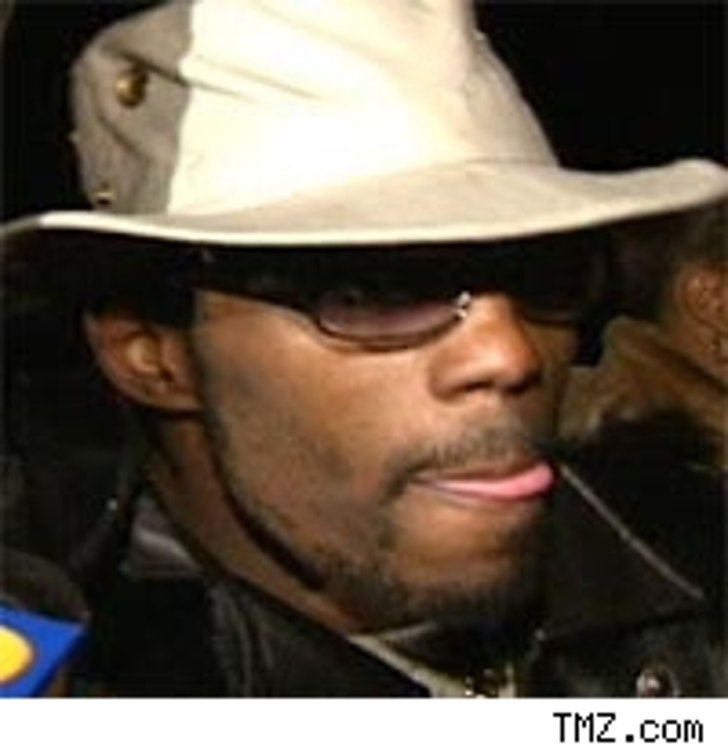 Apparently the mother of DMX's two-year-old lovechild doesn't like being called a rapist.

In a lawsuit filed by Monique Wayne, the former groupie-turned-baby-momma claims she suffered extreme and severe emotional distress, anxiety, humiliation and psychological damage after DMX told Sister 2 Sister magazine that Monique "raped" him while he was asleep in a hotel room. Now she's asking for $6 million to fix her reputation.

In the October issue of Sister 2 Sister, DMX , real name Earl Simmons, claimed that on the day of his encounter with Wayne, he "had drunk [sic], did a whole video shoot." He then describes how he fell asleep on the couch with his "man" out. Wayne gave birth to a child nine months later.

Wayne successfully sued the hip-hop star for child support in 2004, after a DNA test proved that he was the father of her baby son.

According to the lawsuit filed yesterday in Prince George's County Circuit Court in Upper Marlboro, Maryland, Monique claims the interview made her appear "deranged" and "crazy." She also accuses DMX of intending to make her look like a "mentally unstable sex criminal."

It's been a pretty bad week for the rap star. His car was impounded in New York Monday after police found he was driving without a valid license.