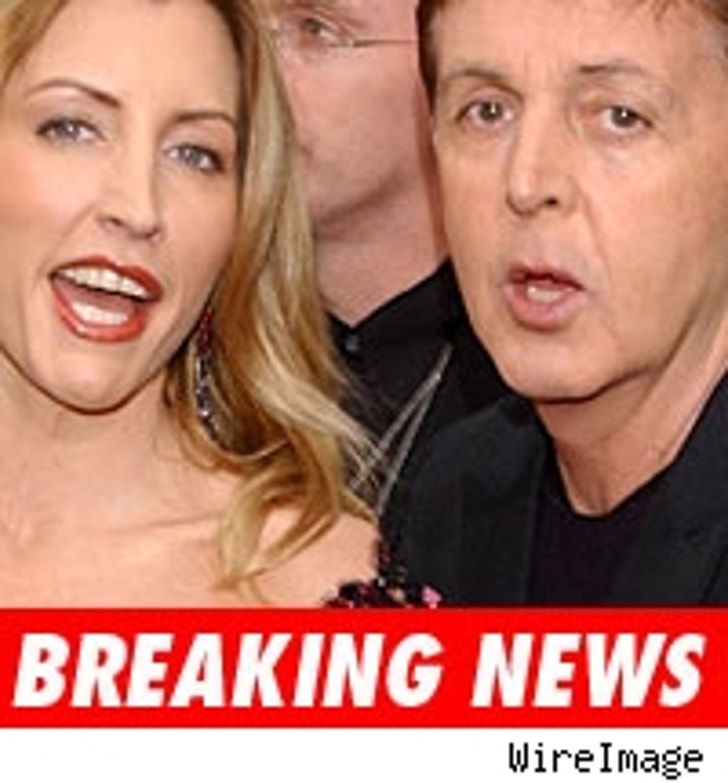 A London newspaper claims a divorce document filed by Heather Mills, Paul McCartney's estranged wife, alleges that the former Beatle attacked her during their marriage. The legal papers also allegedly say McCartney was often drunk or high on drugs during the four-year union.

The Evening Standard reports Mills filed a 13-page petition with the court in London, alleging, among other things, that McCartney "would not let her have an antique bedpan under their bed to save her crawling to the bathroom at night." The newspaper reports Mills also alleges that Sir Paul forced her to cook dinner for him every night, even when she was "on crutches with a broken pelvic plate."

The Evening Standard cites an allegation that McCartney "stabbed her with a wine bottle." Geoff Baker, McCartney's former publicist, responded to the allegations by saying "Heather Mills is a complete fantasist and I would not believe her if she told me the sun set in the West."

The Daily Mail reports that Mills claims in the documents that McCartney attacked her four times during their four-year marriage. The Daily Mail cites an allegation that McCartney allegedly choked Mills, "forbade her from having an operation because it clashed with his holiday plans and called her an 'ungrateful bitch'."

Mills' London law firm Mishcon de Reya tells TMZ in a statement that it would not comment on "leaked or allegedly leaked documents" but that it "can confirm that Lady Heather Mills McCartney stands by everything that has been filed at Court on her behalf and intends to prove its truth in due course." The office of Sir Paul's lawyer Fiona Shackleton said that they had not decided whether a statement would be forthcoming as of 4:00 pm London time.