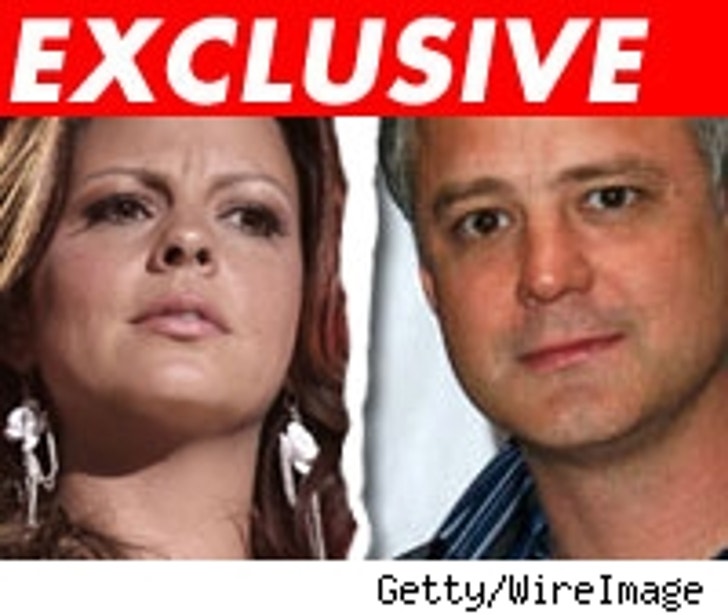 We're told while they were still living together as husband and wife, Schelske accused his wife of having affairs with country singer Kenny Chesney and other unnamed "associates in the music business." Sources also tell TMZ Schelske accused Evans of having an affair with Tony Dovolani, her partner on "Dancing With the Stars."

A rep for Evans, who did not want to be quoted by name, tells TMZ that Schelske's accusations are absurd and untrue.

In her divorce papers, Evans accused Schelske of having an affair with the couple's nanny. Evans also claims Schelske had photos of himself having sex with other women and had at least 100 nude photos of himself in a state of arousal.

As for Evan's connection with Chesney, the two singers toured together back in 2000 and 2001. Chesney was briefly married to actress Renee Zellweger in 2005. Again, Evans' rep says the two singers never had an affair. TMZ has placed calls to reps for Chesney and Dovolani for comment.

Update 7:45 p.m. ET: A rep for Kenny Chesney tells TMZ allegations are: "completely untrue. Sara was the special guest on Kenny's first headlining tour and they're friends. He would NEVER think of her like that. He's saddened by what Sara and her family are going through in this personal situation." The rep adds that if Craig truly did make these accusations Kenny is "disappointed in Craig and the media for perpetuating groundless allegations."