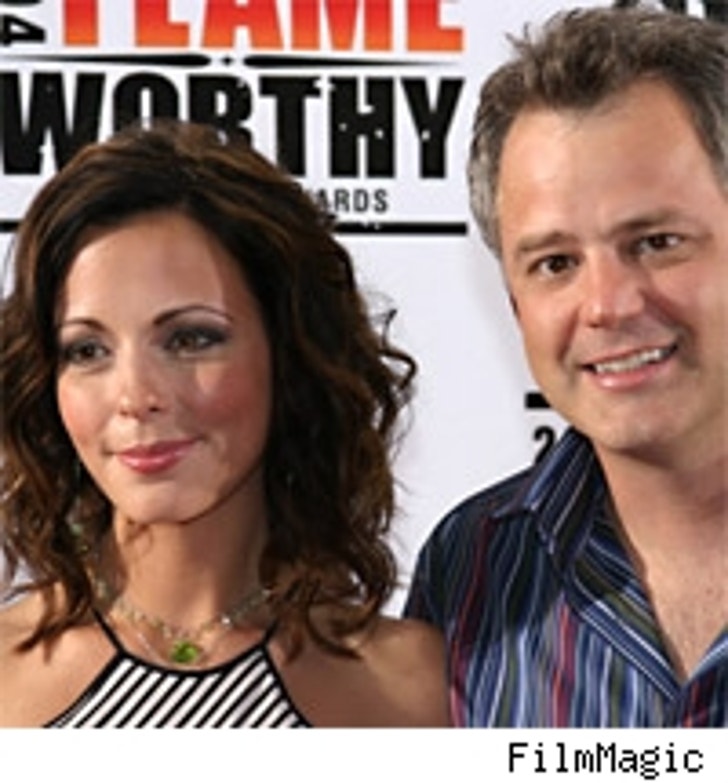 Evans, 35, filed for divorce Thursday from Craig Schelske and announced through a spokesman that she was quitting ABC's "Dancing With the Stars" to "to give her family full attention at this difficult time."

The couple married in 1993 and have three children ages 7, 3 and 2. Schelske, 43, who is currently unemployed, ran for Congress as a Republican from Oregon's 5th District in 2002. He is a native of Salem, Ore. He could not immediately be reached for comment.

According to the court documents, the oldest of the couple's children confronted Schelske when he was watching pornographic material on the television in their home.

Evans further alleges that Schelske frequently threatened her and "told her that she is crazy," threatened to take the children to Oregon and "continually interferes with (Evans') possession of and parenting time" with their children.

Evans requests child custody, possession of Franklin home and child support.
Evans was among 11 celebrities who paired with professional dancers to compete on the third season of the popular ABC reality series. "Ms. Evans hopes that her fans and TV viewers who've supported her in recent weeks and throughout her music career will respect and understand her need for privacy in the face of these recent events," Allen Brown, her representative at Sony BMG Music Entertainment, said in a statement Thursday.

The Missouri native was recently nominated for female vocalist of the year honors by the Country Music Association. She made her recording debut in 1997 and her 2000 album "Born to Fly" went double-platinum. Her hits include "Perfect," "Suds in the Bucket," and "Real Fine Place to Start."