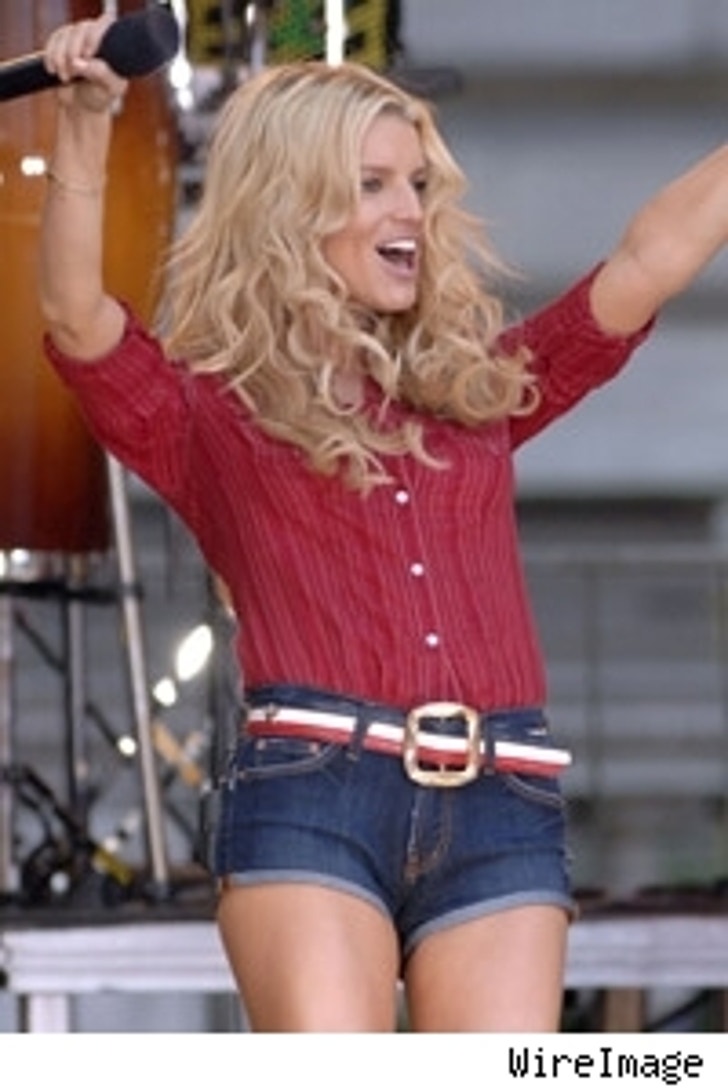 We miss her. We love her. We want our Jessica TV!

Well, we might be getting our wish. Reports are swirling that Jessica Simpson is set to guest star on the struggling NBC drama "Studio 60 on the Sunset Strip."

According to the current issue of Life & Style, Simpson will be the musical guest on "Studio 60's" fictional sketch-comedy show in an episode to air in November. The mag goes on to say that "Jess also hopes the appearance will catapult sales of her album 'A Public Affair.'"

Not so fast say Jess' camp. It's a "false rumor" her reps told us, and they "don't know where that came from."

A rep for "Studio 60" says that production does not have Simpson "on the books."

Whether the rumor is true or not, "Studio 60" could sure use the ratings bump.