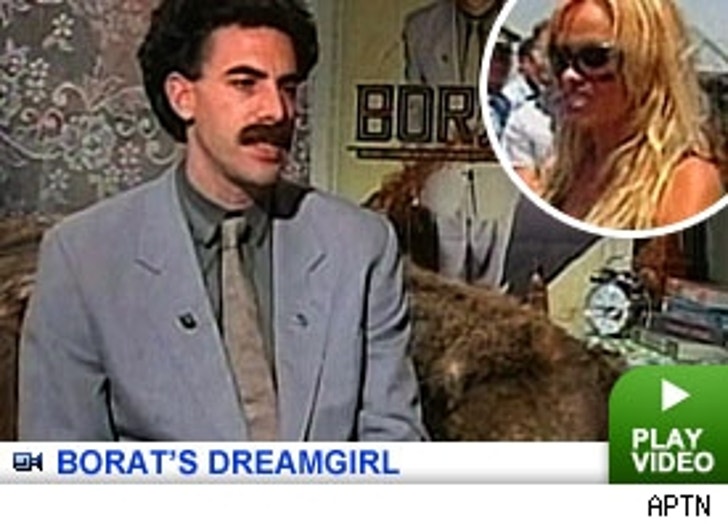 In his new movie, the journalist from Kazakhstan, played by comedian Sacha Baron Cohen, comes to America to learn about the country, eventually crossing the states in hopes of wedding the Playboy pin-up.

Though men here focus on Pam's chest, the traits that caught Borat's eye were a bit different -- "Her teeth all grew on the inside of her mouth. She had more hair on her head than on her back and she did not look strong enough to pull a plow."

Not only are the women in his country unattractive according to Borat, prostitution is common too. "There is, of course, regional and national competition for prostitutes. and now the competition is increased because of the popularity of television program, '
Kazakhstan's Next Top Prostitute.'"

While it's easy to see why Cohen's statements in the Borat character have been causing controversy with Kazakhstan, we're guessing more will laugh than be offended when "Borat: Cultural Learnings of America for Make Benefit Glorious Nation of Kazakhstan" opens next week.