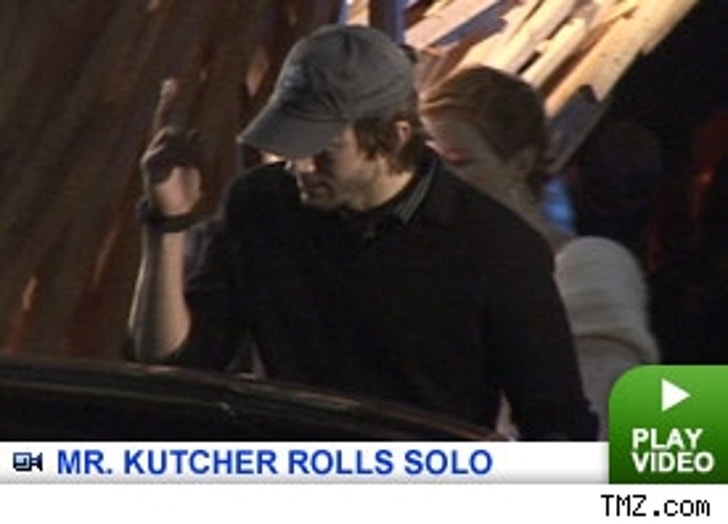 The TMZ team was all over the place this past weekend scoping out all the hotspots to bring you another, much older edition of Star Catcher.

Our weekend started of with a bang as we were on our way to check out Carrie Fisher's 50th birthday party when we ran into "That '70s Show" star Ashton Kutcher. The hunky actor, there without wife Demi Moore, headed to his car but not before he threw up a peace sign to fans and photog seekers.