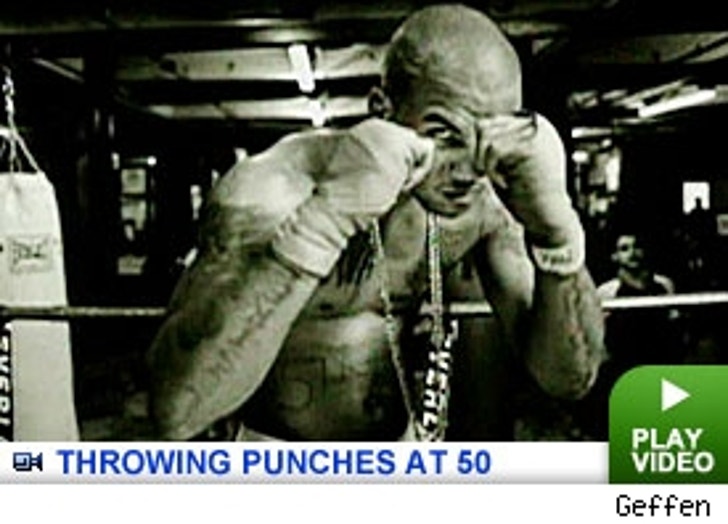 The war rages on between rappers The Game and 50 Cent, fighting like members of the Sharks and the Jets -- through music.

With the release of his new album, The Game wants everyone to know he's not afraid of Fiddy - "I've been shot five times man, once in the heart so I don't think I'm afraid of any rap stars and their words. I've been on the street with real gang members, so stars don't scare me."

Though The Game's five shots certainty quality him as "gangsta," they're a far cry from 50's alleged nine. 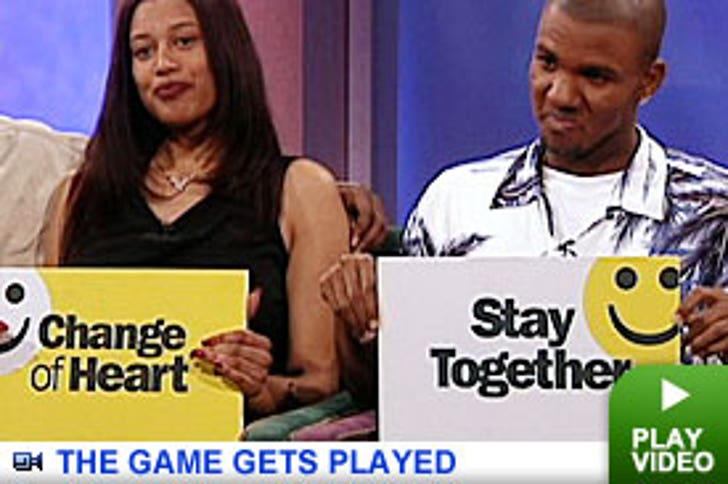 In the song, 'Not Rich, Still Lyin', Fiddy even takes aim at The Game, questioning his street cred and claiming his shootings were fabrications, but Game's not fazed - "May God bless them in whatever they do but in hip-hop the throne belongs to me and anybody throwing rocks at it or challenging it you'll see me dismantle their whole existence."

While we're not looking to get our existence dismantled, The Game definitely loses some "gangsta" points for appearing on the dating show "Change of Heart" -- and losing.