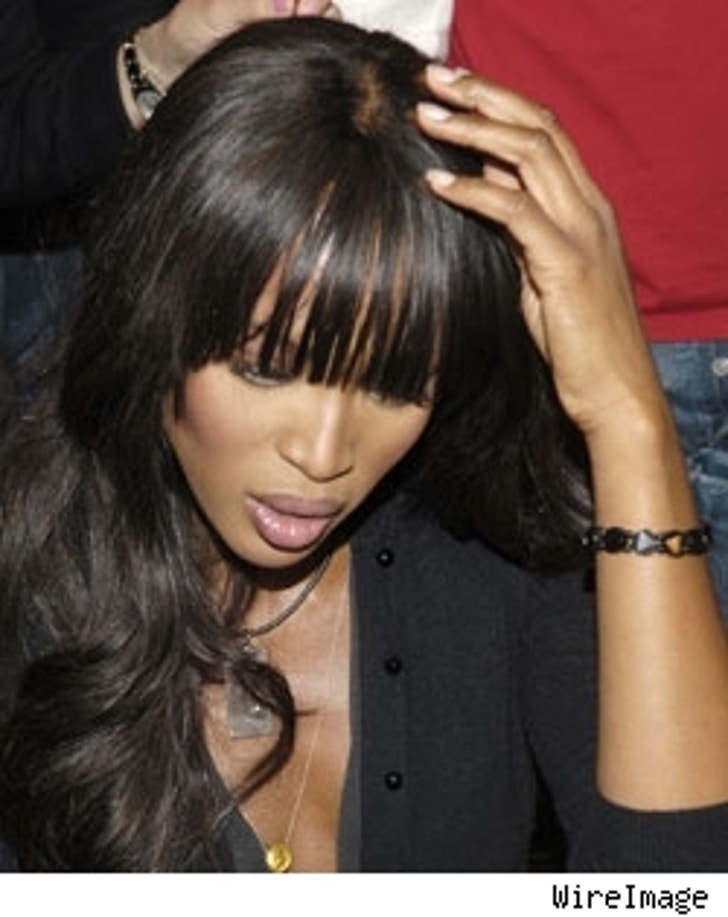 Supermodel Naomi Campbell has been arrested in London, according to multiple press reports, on suspicion of assault. Sky News in the UK reports that the 36-year-old Campbell was arrested on Wednesday afternoon after a woman filed a complaint in a central London police station and made an allegation of assault.

According to reports, Campbell was still being questioned by police as of 9:55 pm GMT. A lawyer for Campbell in New York tells TMZ that the supermodel was in fact at the police station and accompanied by a lawyer from Schillings law firm. The Sun newspaper reported that the woman who filed the complaint was her drug counselor and that the therapist made the complaint after being "scratched all over her face."

Multiple calls to London police and New Scotland Yard were not immediately returned.

Campbell is the subject of an ongoing alleged assault case in New York in which a former housekeeper claims that Campbell threw a mobile device at her head and injured her. That case has been adjourned until November 15.