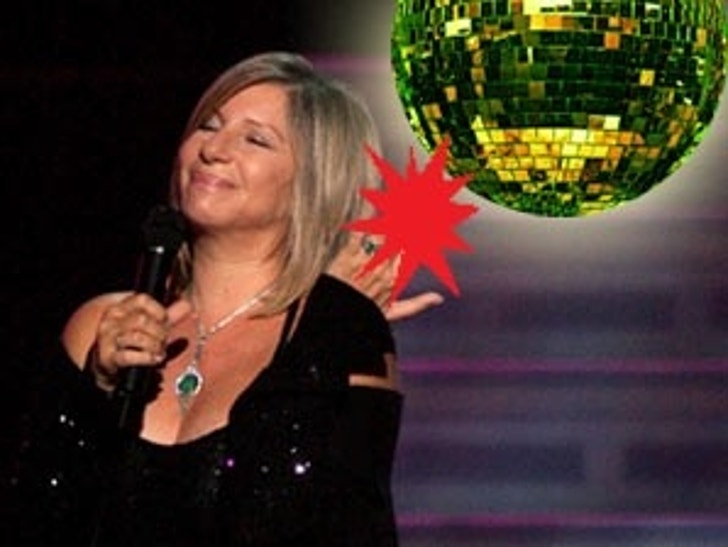 Two weeks after unleashing the F-bomb at her concert in New York, Barbra Streisand's raw expletives have been remixed into a dance song. 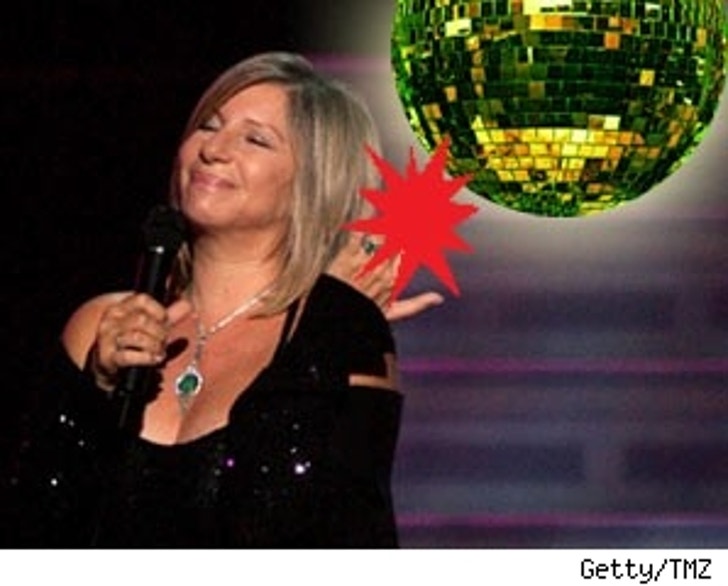 Earlier this month, Babs performed a humorous skit on her tour that featured a George Bush impersonator. After eliciting a few jeers from the crowd, Streisand asked her fans to "be polite." When that tactic failed, Barbra retorted, "Shut the f**k up! Shut up if you can't take a joke!"

Now, Lucian Piane aka RevoLucian, a New York songwriter/producer, has turned Babs' four-letter-word diatribe into a thumping club track entitled, appropriately enough, "STFU." (We think you can probably discern what that stands for.) "STFU" is making the rounds on the Internet and, considering Streisand's loyal following, is sure to be a huge hit in (gay) clubs across the country in no time.

Although Lucian has not heard from the Streisand camp, he tells TMZ, "It portrays her in a positive light, making her into a champion." And if she doesn't like the track, Lucian jokingly adds he'd tell her, "Shut up if you can't take a joke!"

No word from the Streisand camp if Babs plans to add "STFU" to her tour set list.

To listen to the uncensored version of "STFU" go to www.myspace.com/revolucian.