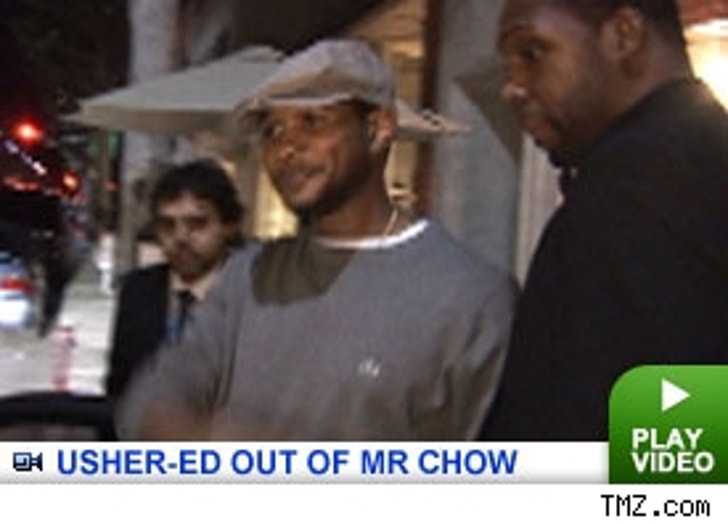 TMZ's cameras and G-Hollywood hit the streets of LA on Thursday and caught up with tons of your favorite celebs.

We started the night off at celeb favorite Mr. Chow where we saw a trio of musicians. Outside the trendy spot we caught up with R & B mega star Usher who seemed to have recovered from the flu, a seemingly angry Elton John (when is he not?) and Limp Bizkit frontman Fred Durst who was doing a little street shopping for his son Dallas.

From there we stopped by one of Hollywood's hottest spots Area and the guest list was filled with celebs. We saw "Laguna Beach" hottie Kristin Cavallari, Amy Smart, the not-so-classy Joe Francis, record producer Scott Storch, Greasy Bear himself Brandon Davis, brother and sister Stewart and our favorite red-headed party girl Lindsay Lohan