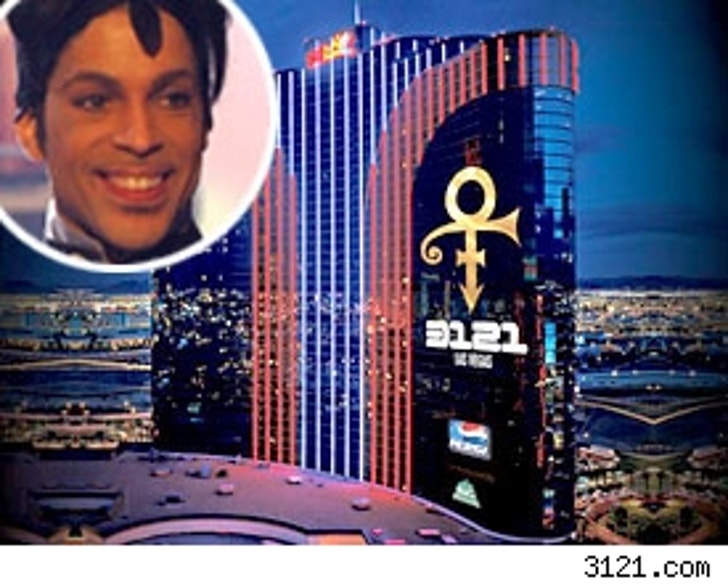 Sources tell TMZ that Prince is playing an invitation only, private event at Club Rio tonight in Las Vegas -- marking the start of his taking up residence at the hotel as a permanent performer.

Rumors have been swirling for months that Prince would take over Club Rio (located inside the Rio hotel) and re-name it 3121, the same name given to his last album. Nothing official has been announced, but sources tell us that renovations have been done to the club in less than a week's time to prepare for tonight's festivities.

The club's normal days of operation are Thursday, Friday and Saturday -- so opening up on a Tuesday might be a way for the club to host the concert on the down low.

Prince's official website, 3121.com, has an image of the Rio with Prince's logo and 3121 plastered across the building. The website then plays one of Prince's songs as images of Prince and other related artists fade in and out in the background.

Rumors circling the Internet say Prince would perform once or twice a week at the club, with other artists playing shows the other nights of the week.

Calls to reps for the Rio were not immediately returned.

A story also surfaced earlier this year that Prince would play the halftime show at next year's Super Bowl.