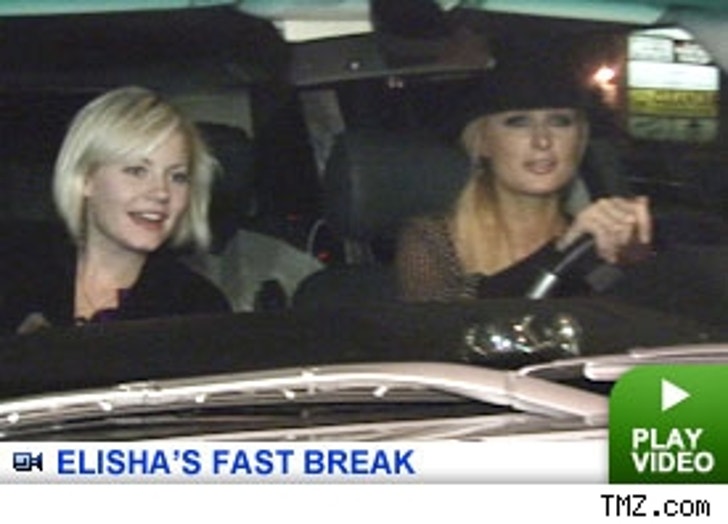 Are Paris Hilton and Elisha Cuthbert the new "It" Couple?

The "Girl Next Door" actress was spotted heading into Hyde with boyfriend Sean Avery, but that's not who she left with. Cuthbert took off with gal-pal and "House of Wax" co-star Paris Hilton, leaving her hockey star boyfriend to fend for himself inside the club.

The two jetted away in Hilton's Range Rover, leaving a bummed out looking Avery with only his pudgy male friend to console him. Yeah, we'd be disappointed too if Paris stole our girl ... unless it resulted in a lingerie-clad pillow-fight of course.