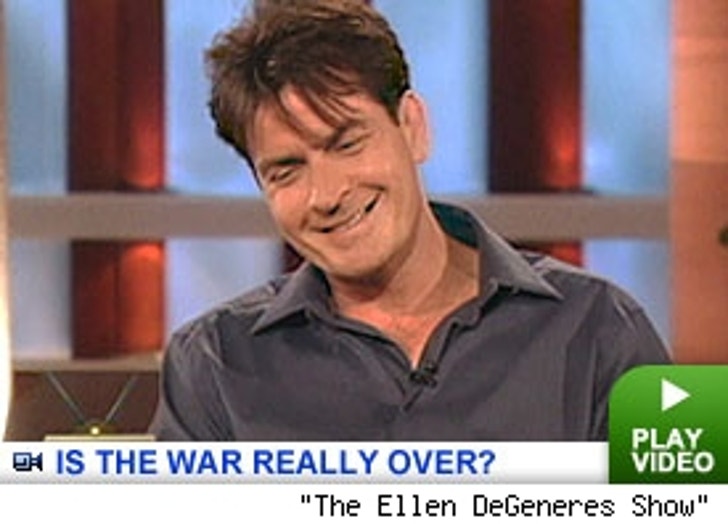 Looks like someone surrendered in the war between Charlie Sheen and Denise Richards.

The two were recently photographed playing with their children, prompting rumors of a truce between the once-feuding couple. "Yeah, we're trying to put all that nonsense aside and do what's right for the children," Sheen tells Ellen DeGeneres Monday on her talker, "At least I knew the guy she wound up with!"

Joking aside, Sheen actually stands by Richards' choice of boyfriend following their split - "To know that there's somebody decent and smart and a good parent that's gonna be around your children, thats a good thing." How modern.

Charlie's entered the dating scene as well, coupling up with sexy brunette Brooke Mueller, though he was tight-lipped about his new flame, saying only, "She's fabulous."