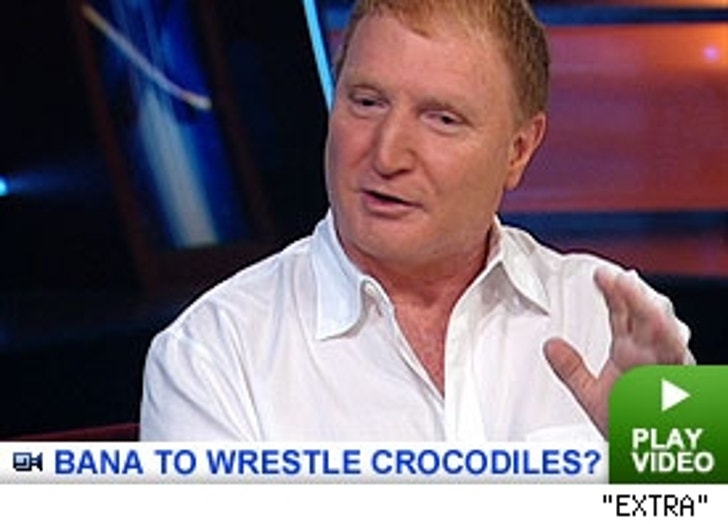 Steve Irwin's choice to play him in a movie: Australian actor Eric Bana.

Irwin's best friend and producer, John Stainton, tells "EXTRA" that the late Crocodile Hunter was so impressed with Bana's performance in "Munich," he approached the actor with a prophetic request. "He raced up to Eric on the red carpet and said "Eric, you gotta promise me one thing mate ... you gotta play me when I die."

While no movie is in the works, Stainton did make this promise: "If we ever did make a movie I would have to get Eric Bana and try to honor that."

Stainton also has high hopes for Irwin's eight year-old daughter Bindi, who's remained preternaturally poised since her father's death in September. "I said to him [Steve] before he died, 'you're gonna have to be prepared for the fact that Bindi is going to eclipse you as a star in the world,' and he said 'bring it on, bring it on.'"